The purpose of the series “Mastering Roof Inspections” is to teach home inspectors, as well as insurance and roofing professionals, how to recognize proper and improper conditions while inspecting steep-slope, residential roofs. This series covers roof framing, roofing materials, the attic, and the conditions that affect the roofing materials and components, including wind and hail.
ASPHALT SHINGLE WEATHERING

"Weathering" is a general term used to describe the effects on shingles of long-term exposure to the elements.

Weathered shingles aren’t necessarily damaged shingles, although weathering will eventually damage shingles. Weathering is a natural process that causes shingles to deteriorate over time. The rate at which shingles weather can be affected by a number of things.

South-facing roof slopes have shorter lifespans due to increased thermal cycling and UV exposure. Some portions of the roof are affected by prevailing winds more than others.

Flatter roofs have shorter lifespans because they shed moisture more slowly and are more directly exposed to UV radiation than roofs with steeper pitches.

Climates with large daily temperature swings shorten roof lifespans because they cause greater amounts of expansion and contraction. This increases the roof's rate of deterioration.

Homes at higher elevations are exposed to more UV radiation, which deteriorates most roof-covering materials, including asphalt shingles.

Failure to repair damage and keep roofs clean can result in damage and deterioration from moisture intrusion and wind.

Now that you have a good idea of the kinds of conditions that contribute to deterioration, let’s look at an overview of the process of deterioration.

Asphalt shingle lifespan is strongly affected by weathering. Even though the rate at which shingles weather varies, they still go through a generally predictable lifecycle. 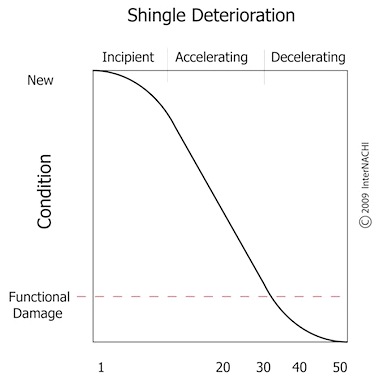 By the time the deterioration curve begins to flatten out and the decelerating period begins, the shingles have reached the point of functional failure.  They’re no longer protecting the roof and are trying hard to turn back into the raw materials from which they’re manufactured.

Let's examine the lifecycle of asphalt shingles from the time of manufacture onward.

Shingles start to age and deteriorate as soon as they’re packaged. This is the beginning of the incipient stage. The deterioration process is very slow at first, and is mostly driven by oxidation, the chemical processes taking place within the asphalt, and sometimes also by heat and pressure, depending on storage and transportation conditions.

Deterioration accelerates dramatically once the shingles are installed and exposed to weather. The asphalt layer is new and hasn’t yet had a chance to cure, so this rapid aging continues for a short time until the asphalt layer becomes tougher. This period typically includes minor granule loss as excess granules adhered during manufacturing separate from the shingles and are washed away by runoff.

Once the curing period is complete, shingles enter a long period of aging at an ever-increasing rate.

At first, the pace will be so slow that it won’t really be visible. Deterioration starts on a very minute scale with micro-cracks in the asphalt, the loss of a few granules, dissipating volatiles, and chemical changes in the asphalt.

The rate at which aging increases depends on a number of factors, such as shingle quality, roof orientation, slope, and other factors. This is the end of the incipient period and the beginning of the accelerating slope.

During accelerating deterioration, these factors become more important. Multiple factors can combine to drastically extend or shorten the service life of the shingles.

As they approach the end of the accelerating-deterioration slope, most shingles will have common failures. 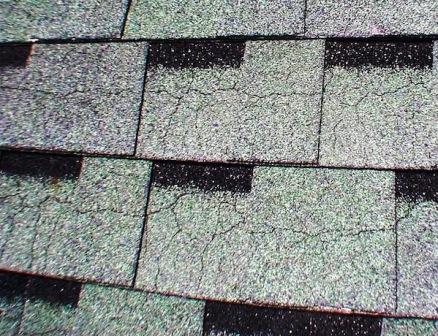 Random surface cracking, called “craze-cracking," can expose more asphalt to UV radiation.  In cold climates, the potential for damage is increased due to the expansion of moisture as it turns to ice. Craze-cracking will be covered in more detail in the articles to come.

Thermal cycling can cause shingles to split. Splitting may be due to: 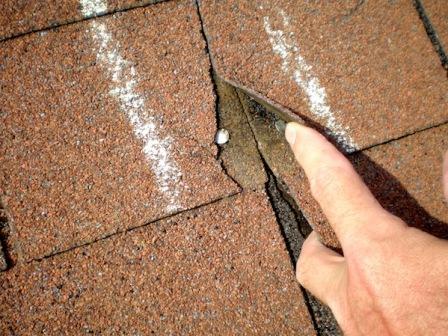 • contraction of the shingles themselves; or 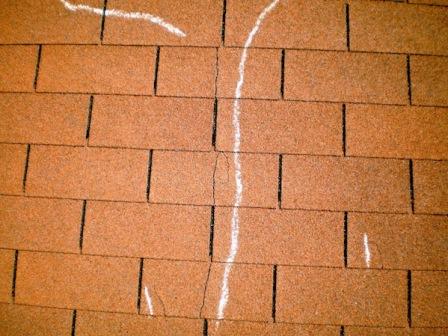 • contraction of the roof deck.

Shingles become more brittle as volatiles, which keep them flexible, dissipate. Loss of volatiles can degrade the bond between the asphalt and the granules, resulting in an increase in the rate of both uniform and localized granule loss. 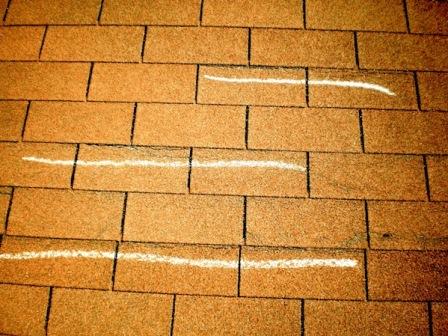 It also increases the chances of creasing or splitting from flexing. 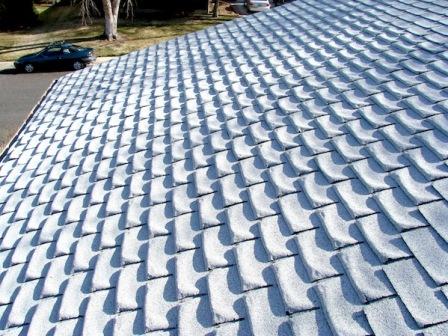 As shingles lose volatiles, they may also become more moisture-absorbent, which can lead to distortion. Shingle distortion exposes more of the under-surface of the shingle to moisture, and increases the chances of roof leakage because wind-driven rain can more easily penetrate the roof. 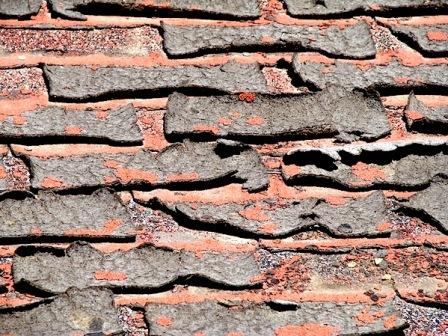 Organic shingles are more strongly affected by the loss of volatiles because, as the volatiles dissipate, the mat becomes more absorbent. As they deteriorate, organic shingles sometimes delaminate, which can leave the mat directly exposed to weather. 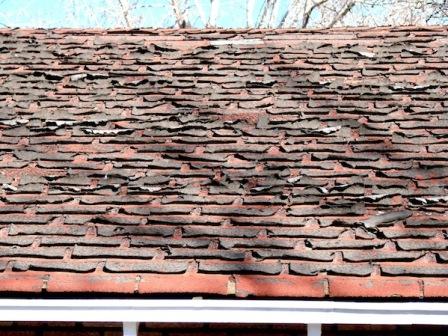