The purpose of the series “Mastering Roof Inspections” is to teach home inspectors, as well as insurance and roofing professionals, how to recognize proper and improper conditions while inspecting steep-slope, residential roofs. This series covers roof framing, roofing materials, the attic, and the conditions that affect the roofing materials and components, including wind and hail.
ASPHALT SHINGLE MANUFACTURING DEFECTS

Sometimes, problems occur during the manufacturing process that affect the way shingles look or perform. Defects that can cause poor performance or shorten the shingles' lifespan may not be apparent right after installation. When defects in the manufacturing process create areas of weakness, weathering will cause these areas of the shingles to deteriorate more quickly.

Inadequate Asphalt Coating
Although the shingles in the photo below may look like they have manufacturing defects because the damage repeats in the same areas and is limited to only a few courses, that’s not the cause. 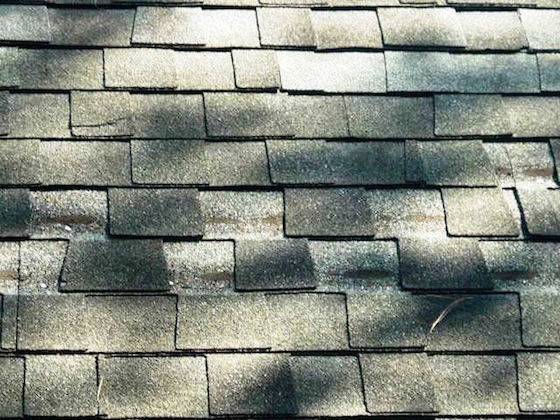 The real cause of the failure is improper fastening.  Fasteners were installed above the overlap so that only the upper half of the shingle was held in place. The adhesive strip bond failed and the lower half fell away. In the photos below, you can see more clearly how this can happen. 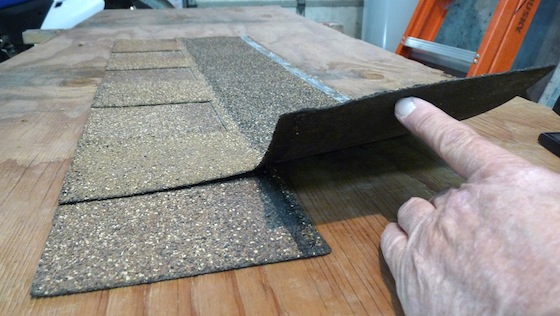 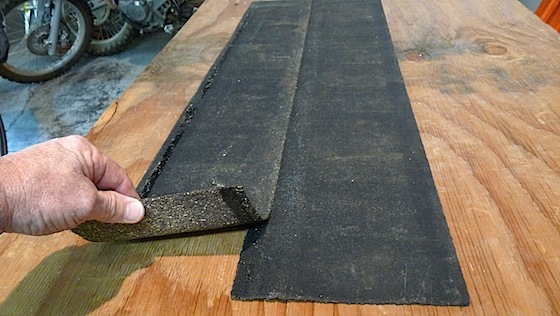 In some laminated shingles, the overlap is less than 1 inch.  Especially if the adhesive strip is inadequate due to asphalt quality or amount, without the support of a fastener, the bond can fail fairly easily. 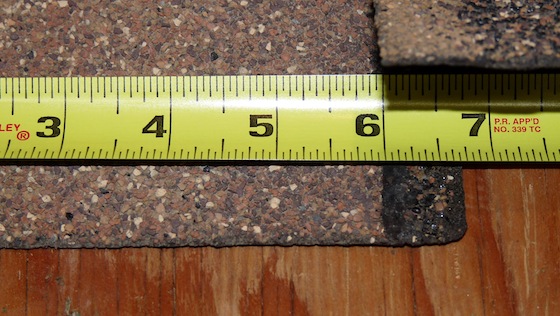 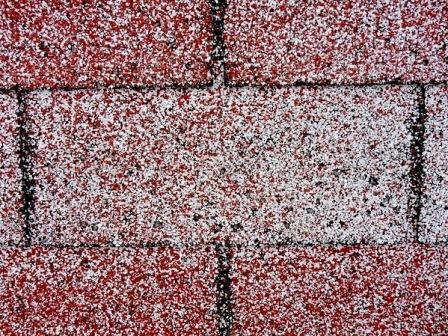 In the past, shingle ingredients were added manually, and mistakes were sometimes made that caused gasses from moisture, poor asphalt mix, or incomplete curing of the fiberglass mat to migrate toward the surface of the shingle where a bubble-like blister was created. Eventually, the bubble cap eroded away, leaving an exposed pockmark. 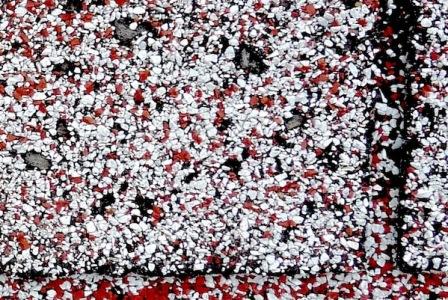 Nowadays, ingredients are metered and mixed automatically using computers and automated equipment, so, while incorrect mixtures are not impossible, they are rare.

Blisters are now usually formed when volatiles flash out of the asphalt in newly installed shingles. This is caused by excessive heat from poorly ventilated and over-heated roof systems. 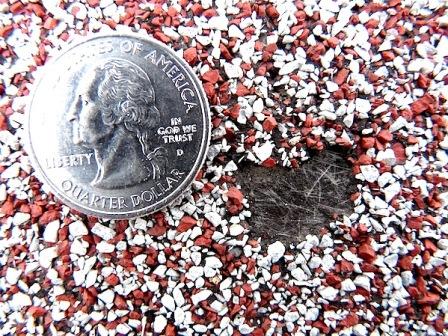 Blisters typically appear within the first year after shingles are installed. Even though blistering is often perceived as a manufacturing defect, it’s usually caused by poor ventilation of the roof system.

Blisters may shorten the service life of shingles. If the problem is widespread, the entire slope may need to be replaced sooner than expected. If blisters are limited to a few shingles, it may be possible to ignore the damage.

Since each course consists of two layers of shingles, blisters will not evolve into leaks, but they may cause premature deterioration of the appearance of the roof, if they’re large and widespread. 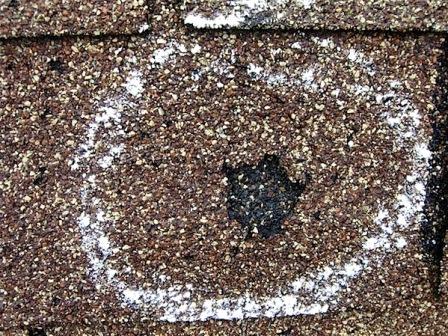 Can you tell why this is not a blister?

The shingle has been fractured, but the granules are still in place.  Blisters lose their granules when the cap erodes away. This has been caused by an impact.

Looking at these two photos, you can easily see the difference between… 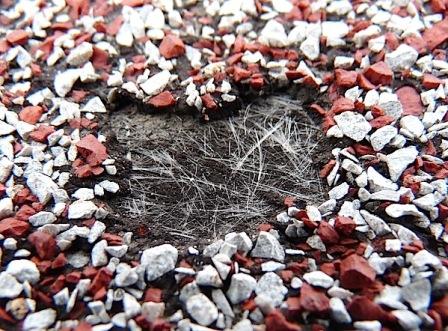 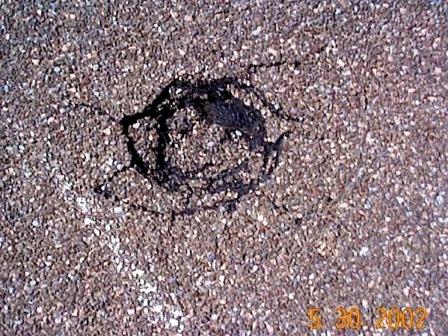 …and the hail damage.

The mat is visible in the blister, and granules remain in the hailstrike. You will encounter situations in which a hailstrike has removed most of the granules in a damaged area.  But if you look closely, a blister does not resemble hail damage.

Blisters look like pockmarks and are characterized by a loss of asphalt, sometimes to the extent that you can see the mat, as in this photo. The mat is visible in these close-ups.

You don’t need to identify the cause of blistering.  Just be able to identify it reliably so that you can comment on it accurately in your report. 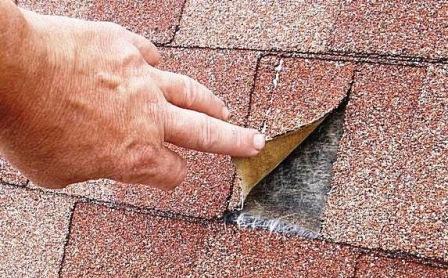 Asphalt shingles are produced using an automated, high-speed manufacturing process. During this process, rolls of fiberglass mat are spliced in order to keep the production line moving. Shingles containing a splice are supposed to be removed at the factory, or rejected by the installer.  But, occasionally, they get installed on the roof, as you see here.