The purpose of the series “Mastering Roof Inspections” is to teach home inspectors, as well as insurance and roofing professionals, how to recognize proper and improper conditions while inspecting steep-slope, residential roofs. This series covers roof framing, roofing materials, the attic, and the conditions that affect the roofing materials and components, including wind and hail.
SUBSTRATES

“Substrate” is a generic term that refers to an underlying supporting material. In addition to roofs, a substrate can refer to walls, floors, and even soil. When discussing roofs, the substrate can be the wood roof sheathing or, if new shingles are being applied over old, the old shingles could be considered part of the substrate.

“Sheathing” is a more specific term used to describe boards or panels that form the roof deck. Since sheathing also describes rough wall and floor coverings, we’ll use the full terms “roof sheathing” and “roof deck.”

In older homes, the roof sheathing is usually wood boards. Over the years, plywood replaced boards, and oriented strand board, or OSB, has gradually replaced plywood. 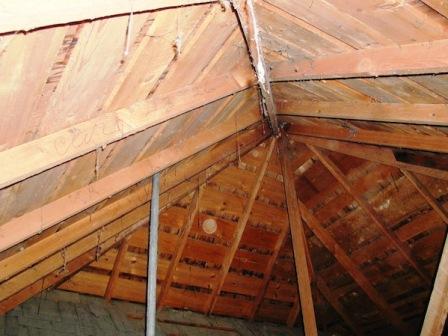 To encourage drying, they were laid over wood-board roof sheathing, with spaces left between the boards to improve air flow. When the original wood shakes or shingles failed, they were typically replaced with asphalt shingles, which require solid sheathing.

Rather than rip off all the spaced sheathing and replace it with solid sheathing, the spaces were usually filled in with additional boards.  Sometimes, plywood or OSB was installed right on top of the boards. 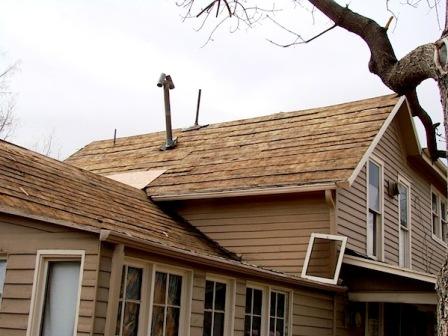 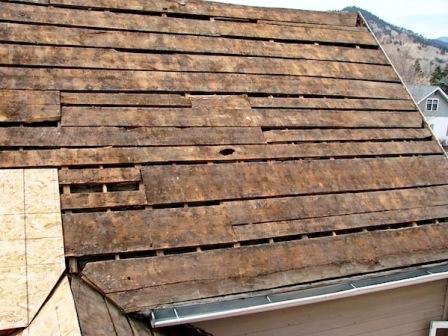 If asphalt shingles are installed over sheathing with gaps exceeding 1/4-inch, over time, these gaps may telegraph through and become visible. 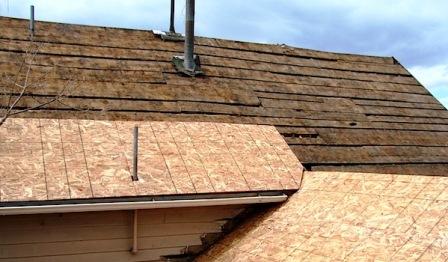 The correction recommended by manufacturers is installation of an additional layer of 3/8-inch minimum exterior-grade plywood or OSB roof sheathing on top of the original wood-board roof sheathing.

Roof decks of modern homes are typically either laminated panels, such as plywood… 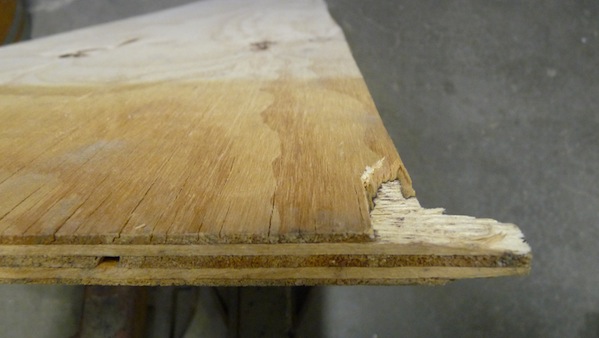 …which are called laminated because they’re constructed of different layers, as you can see here… 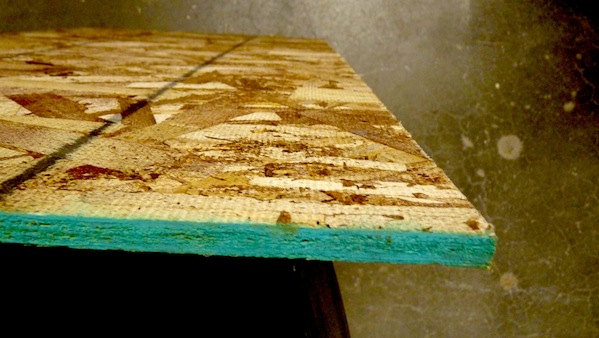 ...or a non-laminated panel, such as this OSB. Either one is acceptable.

If you find 3/8-inch plywood installed as roof sheathing, it’s a good idea to make your client aware of its presence. Do not call it a defect unless you know for a fact that it was not allowed in the jurisdiction in which the home is built at the time of original construction.  Your report can state: “Although the use of 3/8-inch plywood for roof sheathing may have been considered acceptable at the time the home was constructed, it is considered inadequate by modern standards.”

Especially in older homes which used roofing practices that were widely accepted when the home was built but which don’t meet modern standards, you’ll find similar grey areas in other home systems and components.

In your inspection report, just describe the material or condition that concerns you, and any signs of related failure. If there are no signs of related failure, mention that in your report.   You need to be neutral and accurate in your reporting.
You also need to know your own limits. We all have strong points and weak points. If you find a condition that you feel surpasses your level of expertise, remember that it’s happened to all of us. No one knows it all. Recommend further evaluation by a specialist, and move forward with your inspection.

You may see small metal clips installed between the edges of roof sheathing panels, such as OSB and plywood. 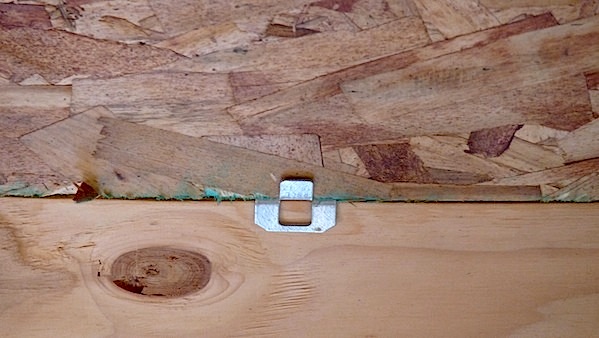 Here’s how they look from inside the attic.

H-clips are installed at each horizontal joint in the center of each rafter bay. Their purpose is to provide added support to the edges of sheathing panels.

It’s a common misconception that H-clips are installed to provide spacing between rafters. In fact, each point at which a clip is installed is a point of solid contact between adjacent panels.  There is no space into which panels can expand at these points. After periods of heavy rain, it’s not uncommon to see exposed plywood sheathing bowed at the points of contact created by H-clips. This is caused by the panel's expansion as the panel absorbs moisture.

The decision to use H-clips is an architect’s or engineer’s call, and the lack of them is not a defect unless you know that they were required in the jurisdiction in which the home is located at the time the home was built.

Think three times before recommending that missing H-clips be installed, and then don’t do it!

Millions of homes have been built without them, with no problems developing as a result. The cost of installing them after the home is complete would be prohibitive. You will not find any credible professionals to back up your recommendation, and such a recommendation may cost you work.

If you find H-clips lacking and know that they were required, simply state that fact. If the client insists on a recommendation, defer that to a structural engineer.