The purpose of the series “Mastering Roof Inspections” is to teach home inspectors, as well as insurance and roofing professionals, how to recognize proper and improper conditions while inspecting steep-slope, residential roofs. This series covers roof framing, roofing materials, the attic, and the conditions that affect the roofing materials and components, including wind and hail.
SHINGLE SPLITTING 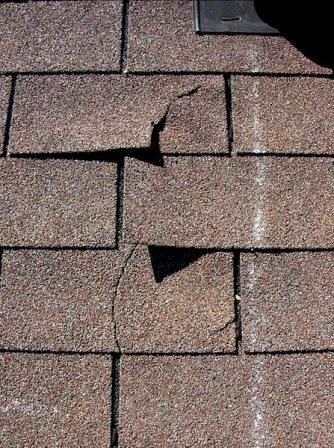 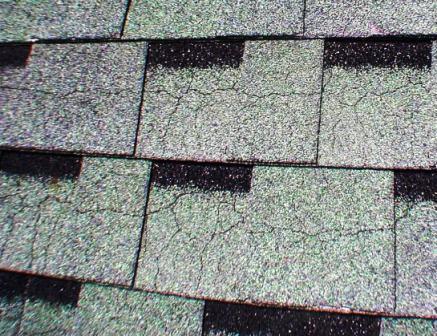 …and a crack is limited to the surface of the asphalt layer. 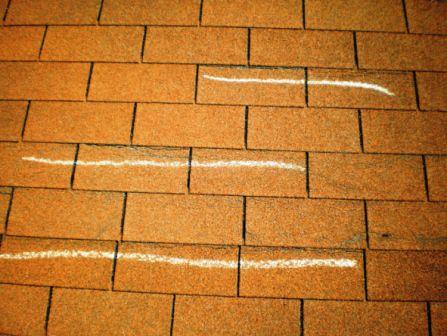 You may also see shingles that have been creased by the wind as tabs are bent past their capacity to flex. This creasing would be considered a crack unless it continued through the shingle.
THERMAL SPLITTING

The first assembly is formed by the roof sheathing fastened to the roof framing members, such as rafters, roof trusses, ridges and blocking. Together, these components form a single assembly:  the roof deck.

The second assembly is formed by the shingles that are bonded to each other by adhesive strips and which, structurally, may act as one big shingle if the adhesive bond is strong enough.

These components are all attached to each other, so why not call them one assembly?

There are two reasons:

1. They typically consist of materials that expand and contract at significantly different rates. Rafter sheathing and roof trusses are made of wood and will react in a manner similar to changes in moisture and temperature.

2. They have different functions. The rafters and sheathing are part of the building structure and, when properly built and maintained, have a much longer design life than the roof-covering material. Roof framing is not designed to withstand direct exposure to weather.

These two assemblies expand and contract at different rates -- called differential movement -- because they’re made of different materials.
Now, remember that strongly bonded shingles can act as a single, unified membrane, and that these two independently moving assemblies are connected to each other with metal fasteners, such as staples or nails.

As the roof sheathing expands and contracts, it exerts forces on the shingles through the fasteners, stretching the shingles and compressing them. These conditions create stresses between the two assemblies that, if extreme enough, can result in shingle splitting or buckling.

Shingle splitting due to temperature-related expansion and contraction is called thermal splitting.  Thermal splitting typically happens where shingles bridge the joints in the underlying layer of shingles.

There are no industry standards that specify the minimum bond strength of shingle adhesive strips. If the adhesive strips bond shingles together strongly enough, the shingles on a roof slope can act almost as a single membrane. 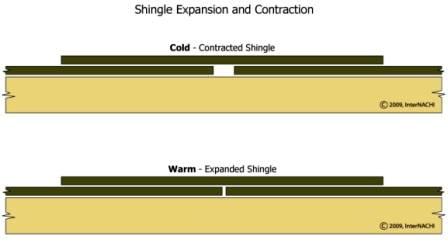 The shingles that bridge those underlying joints are shrinking, too, and these bridging shingles becoming increasingly stressed as the entire bonded-shingle assembly continues to shrink.

If this stress exceeds a critical point, one of two things will happen: 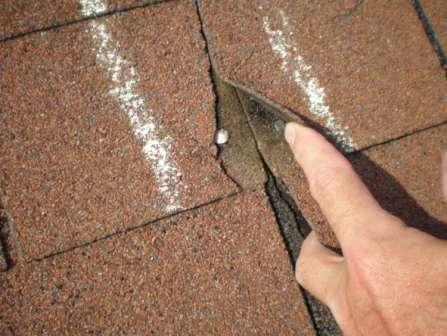 Thermal splitting over joints between shingles may form a diagonal pattern up the roof following the stair-step pattern of the offset joints created during installation, or it may appear randomly above joints in different parts of the roof.