Roof sheathing expands and contracts much more with changes in moisture levels than it does with changes in temperature.  It can happen in one of two ways:  through initial conditioning, or through seasonal fluctuations.

Plywood and OSB can leave the production line with a moisture content (MC) as low as 4%. Bundles leave the mill wrapped in plastic, and their MC may remain stable as they travel by rail to distribution centers around the country. They may even remain at that moisture level until the plastic is removed at the job site.

The in-service EMC of sheathing is typically 12% to 17%. That’s what it’s likely to be after it’s been in place for a while and has had a chance to adjust to the home site's environment. This means that panels may absorb up to 13% more moisture after being installed on the roof.

If shingles are installed before the sheathing has had a chance to reach EMC, the expansion of the panels as they absorb moisture may cause those shingles to buckle at the panels' edges.

As plywood or OSB roof sheathing loses moisture, it contracts. When this happens, panels shrink, and the spaces between them grow larger. Shingles that bridge these spaces that are held in place by fasteners and self-adhering strips will be stressed as these gaps grow. If contraction is too extreme, these bridging shingles may split. 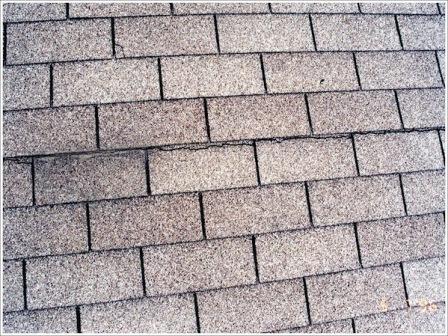 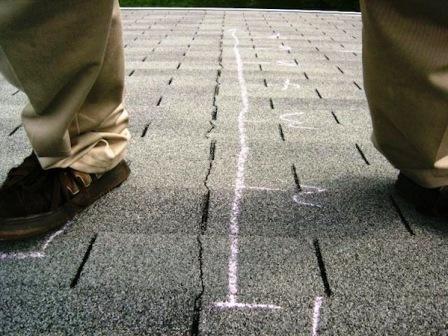 The same thing can happen vertically. Here, you can see an unusual condition in which a vertical crack extends almost 8 feet. Sheathing panels in each course align horizontally across the roof.  However, vertically, the joints should be staggered so that each vertical joint centers on the panels of the courses above and below so that no vertical joint is more than 4 feet long.

The length of this vertical crack indicates that the vertical joints of the roof sheathing panels align in two adjacent courses of sheathing.

The photos above show splitting due to contraction of the roof sheathing panels. The most obvious evidence is that the cracks appear as a straight line either vertically or horizontally across the roof.

In the past, shingle splitting related to changes in the moisture content of the roof deck was called "thermal splitting."

The term “thermal” implies that panel expansion and contraction are related to temperature, which is incorrect. A more accurate term is  “hygric splitting."  The word "hygric" is defined as related to or containing moisture.

If the job site is in a humid environment, newly installed sheathing will absorb moisture vapor from the air until it reaches EMC with the environment. This is referred to as its initial conditioning, and it doesn’t happen in just a few hours; it’s a slow process. As the sheathing panels absorb moisture, they expand.

If the shingles are installed before the panels have reached EMC, this expansion can cause the shingles to buckle at the panel joints. 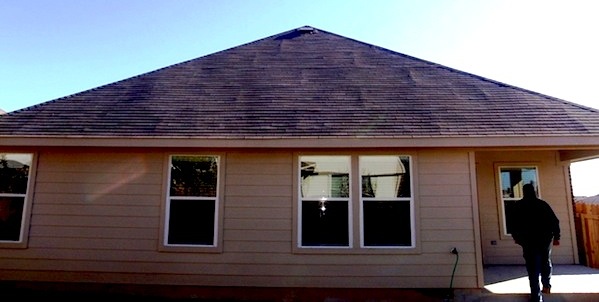 The shingles on the roof of this new home in Texas were buckled into ridges up to ¾-inch high in some places.

This type of problem is more likely to show up on a new home with new sheathing installed, although it can happen later if a change takes place that raises moisture levels in the home. 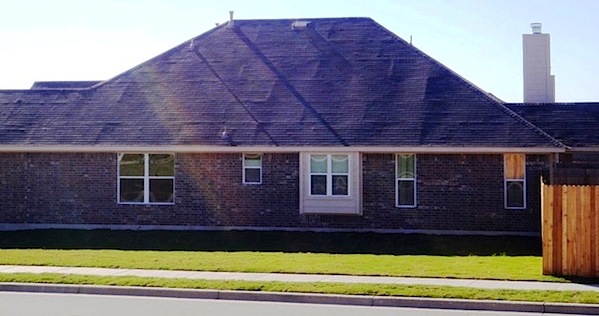 Along with sources from other areas and activities, virtually all the water used to water plants winds up in the indoor air. If this air leaves the home through the attic, some of this additional moisture will be absorbed by the sheathing.