Moss is a greenish plant. It can grow more thickly than algae. Moss attaches itself to the roof through a shallow root system that can be freed from shingles fairly easily with a brush. 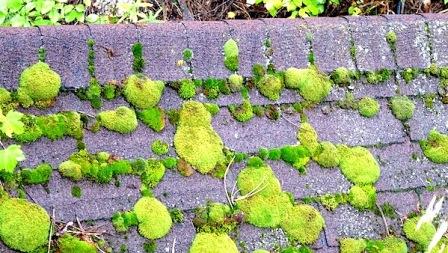 Moss deteriorates shingles by holding moisture against them, but this is a slow process. Moss is mostly a cosmetic issue and, like algae, is a safety issue for those walking the roof. 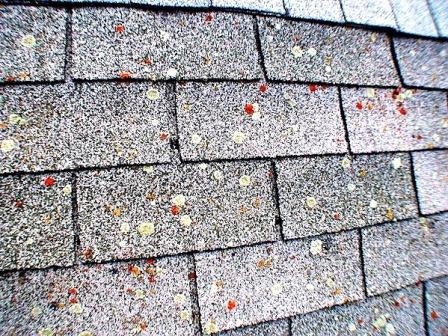 Lichens are composite organisms consisting of a fungus and a photosynthetic partner, such as green or blue-green algae. 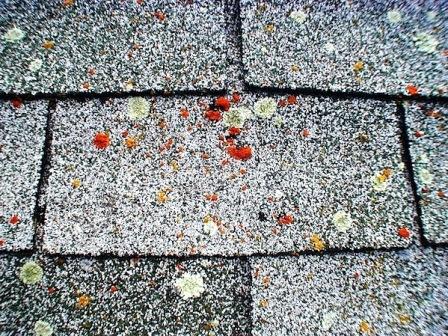 Lichens bond tightly to the roof, and when they’re removed from asphalt shingles, they may take granules with them. Damage from lichen removal can resemble blistering.

"Tobacco-juicing" is the brownish discoloration that appears on the surface of shingles, under certain weather conditions. It’s often temporary and may have a couple of different causes. After especially long periods of intensely sunny days, damp nights and no rain, water-soluble compounds may leach out of asphalt and be deposited on the surface of the shingle. Another way tobacco-juicing appears is when, under those same weather conditions, particulates from air pollution plate out on the shingle surfaces. 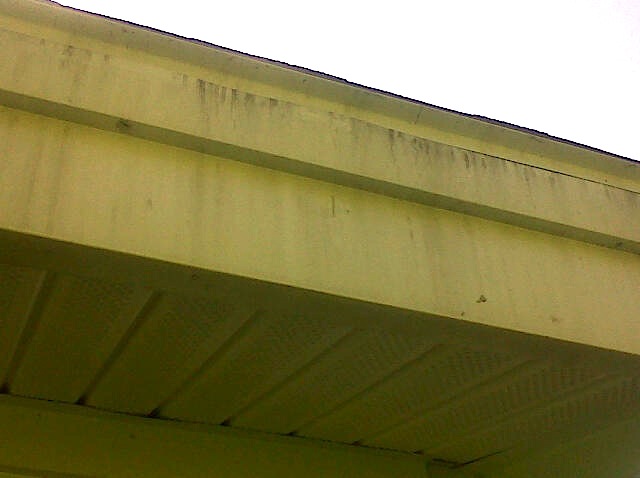 Tobacco-juicing won’t harm asphalt shingles, although it may run down the roof and stain siding. Although it’s more common in the West and Southwest, it can happen anywhere that weather conditions are right.