Hail is one of the most common forms of environmental damage to roofing materials. Hail damage is so widespread that in the U.S. alone, it costs close to $1 billion each year in insurance claims.  In developing the articles on wind and hail damage in this series on mastering roof inspections, we've consulted with major insurance companies for their expertise.

If inspectors from the insurance, roofing and home inspection industries use the same criteria in identifying damage, then we stand a good chance of reducing disagreement among the experts, as well as confusion on the part of homeowners.

Underwriters Laboratories have developed standards and provide testing for asphalt shingles' resistance to impact. Shingles are rated Class 1 through 4, with Class 4 shingles having the highest resistance.

Resistance may be provided in several ways. 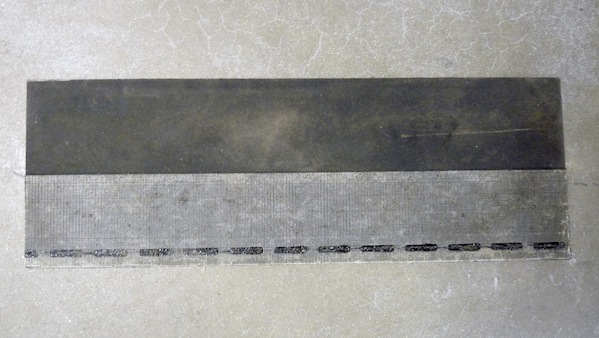 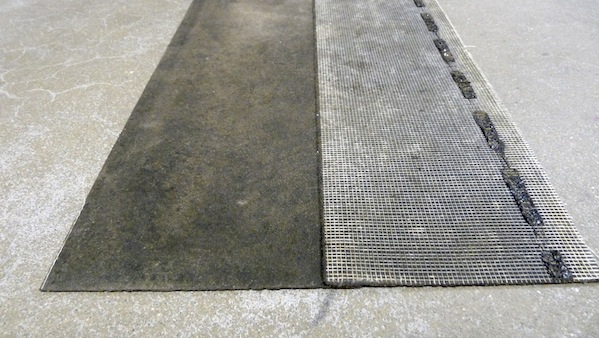 An older method was to attach a layer of reinforcing fabric, called a scrim, to the back of the shingle, as you see in the photos above.

Let’s look closely at what happens when a hailstone strikes an asphalt shingle.  We’ll assume that the hailstone hits at 90° to the surface.

The effects of hailstrikes on asphalt shingles vary according to the conditions at the time of the hailstorm. If hail is accompanied by rain, as is common in the U.S. in the Midwest and on the East Coast, the rain will cool the roof, making the asphalt harder.  Hailstones striking rain-cooled, hard asphalt are more likely to loosen or displace granules.

On the West Coast, hail may not be accompanied by rain, so roofs may be hot and the asphalt may be soft when the hailstones hit.  Hailstones striking hot, dry, softer asphalt are more likely to embed the granules deeper into the asphalt.
This doesn’t mean that you’ll see one condition as opposed to the other. It means that conditions during the hailstorm can influence the appearance of hail damage. 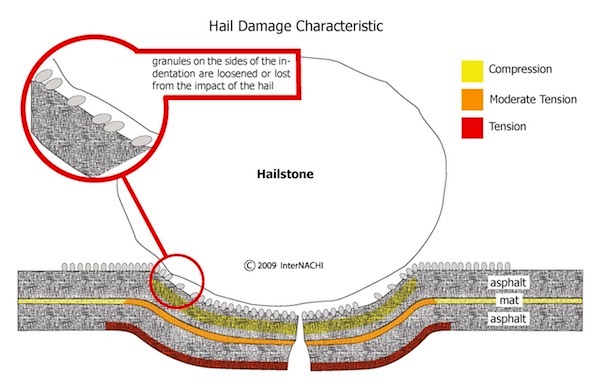 A shingle fracture starts at the bottom surface of the shingle and spreads toward the top surface. If the stress is great enough, the shingle will fracture clear through, from bottom to top. If the fracture extends through the mat, the shingle has suffered functional damage.

The amount of indentation in the image above has been exaggerated to illustrate the point. 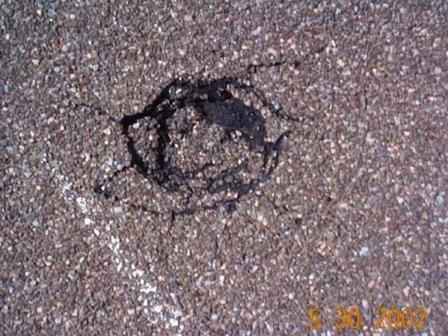 Indentations are usually slight unless the shingle is fractured clear through, as you see here. 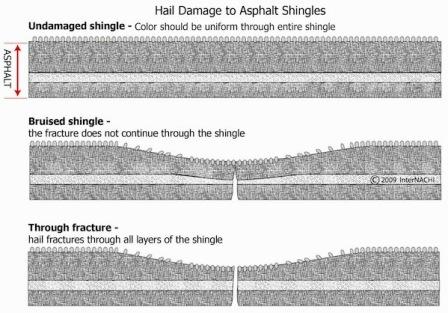 The hailstrike may not be severe enough to cause a fracture extending clear through the shingle. The fracture may extend through the mat but not reach the upper surface. This condition is called a bruise because it creates a soft spot on the shingle, which you can feel with your finger. It feels like the bruise on an apple.  Bruises are functional damage.