When you inspect a home for hail damage, you’ll be looking at components made of a variety of materials with different properties. These properties affect the severity of hail damage. 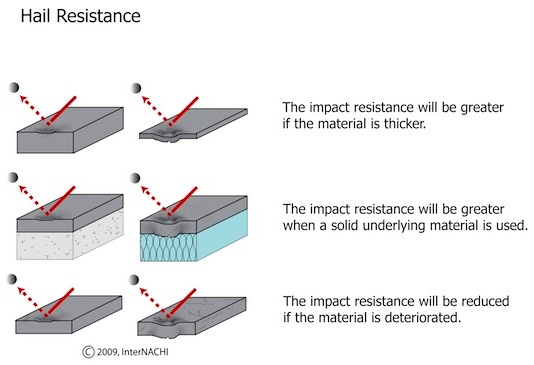 Not all damage that appears to have been caused by hail was actually inflicted by hail. Although it’s not always necessary to identify the source of damage, it’s important that you are able to differentiate between hail damage and damage from other sources.

Although it’s rare, people have been known to use a number of different devices to try to replicate hail damage in an effort to fool insurance companies into paying for a new roof.

One way to spot these attempts is to look at the overall pattern of damage across the roof. Real hail impact is random. Intentional damage often has certain recognizable patterns. 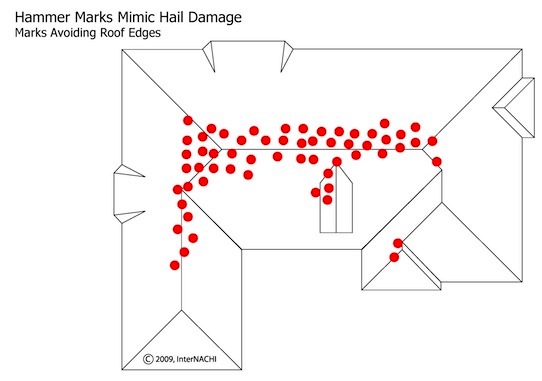 Intentional damage is usually concentrated in certain areas, generally away from the roof's edges.  People who create damage may be nervous about falling off the roof, so they stay closer to the roof's interior, where they feel safer. 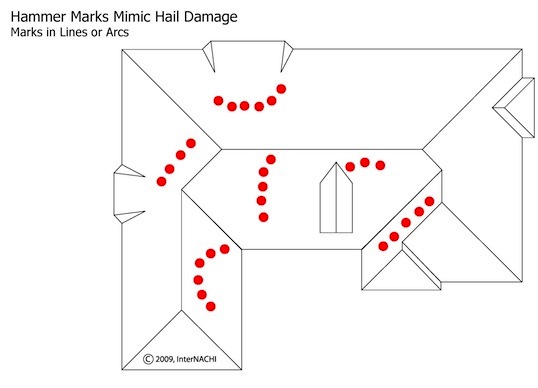 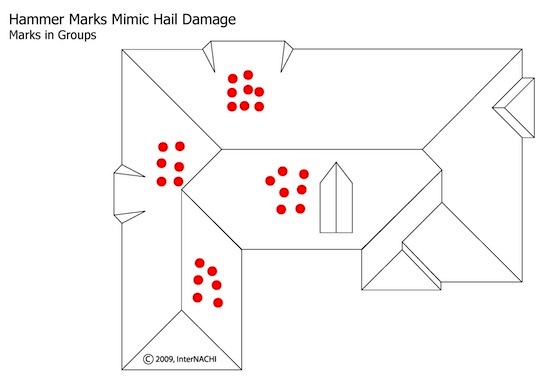 Intentional damage across the roof may form a recognizable pattern, such as an arc.  It may appear in separated groups because the person creating the damage has hit different parts of the roof from the same convenient position. 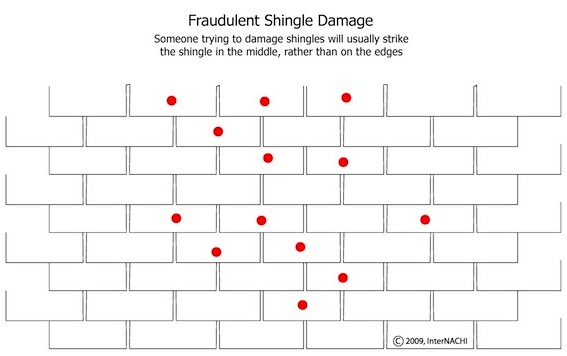 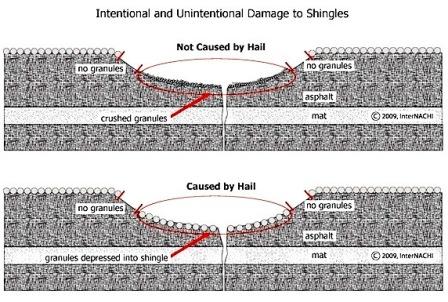 In looking closely at damage, you should be looking right down into the bottom of the indentation at the condition of the granules. Hailstones do not crush granules when they strike asphalt shingles. Instead, hailstones typically remove granules from the sides of the impact and force granules toward the center of the impact, deeper into the asphalt layer. This is a key point in differentiating hail damage from other types of damage.

Hailstone impact will not crush granules, but the impact from steel often will, though not always. 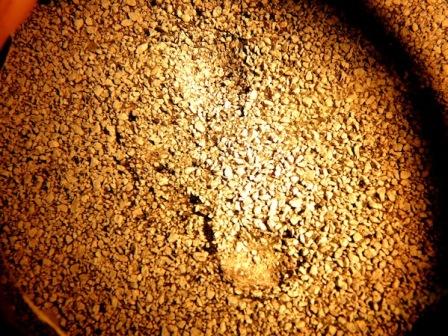 Because granules are made from light-colored stone which has had a colored ceramic coating applied, crushed granules typically look like a light-colored powder, no matter what the color of the granules is. 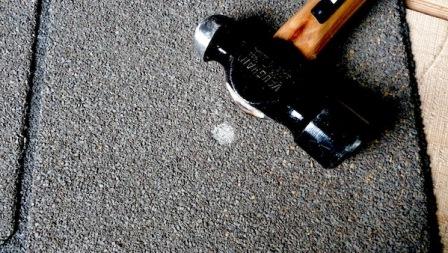 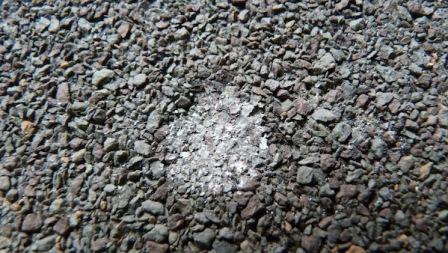