The Dangers of Brominated Fire Retardants

by Nick Gromicko, CMI®
Brominated flame or fire retardants (BFRs) include a wide range of chemicals added to household furnishings and products to inhibit their ignition and reduce the chance of fire. In recent years, concern surrounding the toxicity of this class of chemicals has risen due to the widespread accumulation of several types of BFRs in humans and in the natural environment. 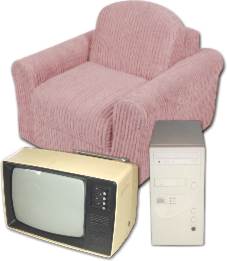 There are more than 175 different types of flame retardants, which are generally divided into classes that include brominated, chlorinated, phosphorus-containing, nitrogen-containing, and inorganic flame retardants. Producing BFRs, at a rate of 5 million metric tons annually, is a $2 billion business, and this particular arm of consumer fire safety is currently the industry leader. For several decades, BFRs have been routinely added to consumer products, including computers, TVs, electrical cables, carpets, furniture and textiles, in a largely successful effort to reduce fire-related injuries and property damage.

BFRs are found virtually everywhere in the environment, from house dust and indoor and outdoor air, to sediments in rivers, estuaries and oceans. BFR contamination has been discovered in polar bears, eagles, and even in the blubber of sperm whales in the deep, remote waters of the Atlantic Ocean. High levels of the chemicals have been found in the atmosphere and rivers near urban and industrialized areas. Perhaps the greatest concern, though, is the concentration of the chemicals found in the blood of office workers and in human breast milk, where it can be transferred from mother to child.

One type of BFR is TBBP-A, which has been linked to breast cancer, and has been shown in mice and rats to disrupt the thyroid hormone system, which plays a crucial role in the development of the brain and body. Laboratory research has demonstrated that low-level exposure of young mice to PBDE – another BFR -- causes permanent disturbances in behavior, memory and learning. Linda Birnbaum, a toxicologist with the EPA, told CBS News that PBDEs "can affect the developing brain, and they can affect the developing reproductive system.”

The World Health Organization has called for disuse of PBDEs where adequate alternatives are available, and the Swedish Chemicals Inspectorate has called for the chemicals to be entirely phased out.  By contrast, the UK Department for Trade and Industry calls fears over PBDEs “chemical paranoia,” arguing that there is no conclusive proof that BFRs are harmful to humans. Still, the European Union has banned PBDEs in electronic devices, and in the United States, PBDEs are now heavily regulated, notably in Washington state, Maine and California.

Alternatives to BFRs that provide comparable fire safety are available, and many products have been redesigned so that flame-retardant chemicals are unnecessary. Apple and Sony have changed the casing material for the MacBook Air and Vaio, respectively, in order to reduce the need for flame-retardant additives. However, BFRs are still used in a wide array of products, and testing for the presence of the chemicals is difficult for the layperson.
In summary, BFRs, although highly regulated, continue to pervade homes and the natural environment, exposing humans and animals to potential danger.

Lead Facts for Inspectors
More inspection articles like this