Concrete for Exterior and Structural Walls

by Nick Gromicko, CMI® and Barry Fowler
According to the National Association of Home Builders (NAHB) and the Portland Cement Association (PCA), concrete homes account for approximately one-sixth of all new-home construction, and in areas such as Florida and Louisiana, they are particularly favored because of their greater resistance to hurricanes and tornadoes. Contractors and buyers alike are attracted to their durability, strength, and heat-retention qualities. Let's take a look at how homes constructed using concrete -- in their common application as insulated concrete forms or ICFs -- measure up against wood-frame homes.

Does the greater initial cost pay off in the long run? 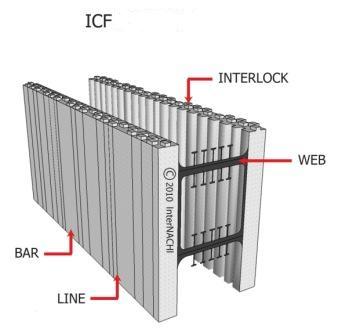 Proponents of concrete claim that the initial higher cost of building with concrete as opposed to the more common wood-frame construction is justified by the savings on lower heating and cooling costs, lower property insurance, and lower maintenance costs.

A variety of factors affects the cost-benefit of concrete construction, including:

The U.S. Department of Housing and Urban Development (HUD) found in 2001 that using ICF construction added about 3% to 5% to the purchase price of a typical wood-frame home. These estimates should be treated with caution, however; a study by the PCA found that additional costs associated with insulated concrete-form construction depend on the skill of the crew, and greater savings are found on large-scale projects involving multiple homes, where the method and economy of scale come into play. Simply put, local contractors may take on an ICF project but may lack the necessary expertise for execution, resulting in added costs.

Additionally, the greater construction costs for a typical ICF home are not necessarily recouped by the savings on energy and home insurance alone.

Other Values Offered by Concrete

The single most significant attribute in favor of concrete construction is its structural safety. Implicit in the average lower insurance cost for ICF homes is the understanding that ICF homes better withstand natural disasters, such as hurricanes, tornadoes and floods. ICF homes typically "recover" from hurricanes far quicker than wood-frame homes, as the exterior walls may withstand a hurricane and only a new roof will be required following such an event. 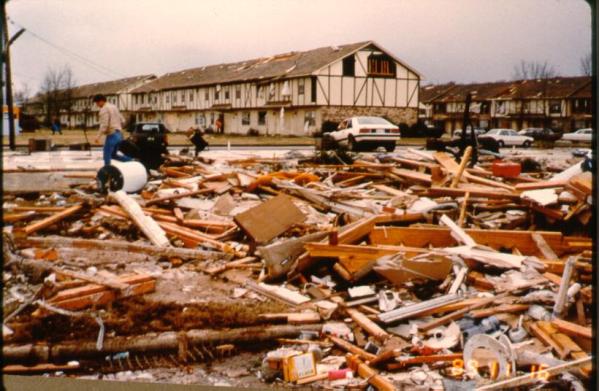 In comparison, wood-frame houses in the same areas are usually devastated by hurricanes, meaning
longer re-habilitation times for residents and lengthier processing times for insurance claims. Concrete offers far better compressive strength, and far greater resistance to wind-borne debris. ICF walls have been tested for resistance to tornado conditions by subjecting them to the impact of a 2x4 wood stud traveling at 100 mph. Although it is possible to upgrade the impact resistance of standard wood-frame wall construction to levels suitable for protection against moderate hurricanes and less severe tornadoes, it is impractical to upgrade standard wood-frame wall construction to give comparable performance of ICF walls.

Concrete walls have superior fire resistance compared to wood-frame houses. Solid concrete ICF walls can generally sustain as much as four hours of extreme fire exposure, whereas typical wood-frame walls in houses generally do not exceed a one-hour fire rating. For housing, building codes typically require a minimum 15-minute rating, with the exception of special fire separation requirements for multi-family construction, apartments, and townhouse units, where a minimum one- to two-hour fire rating is required for walls between dwelling units.

Furthermore, concrete is not a fuel source that can contribute to fire growth and spread in a building. However, it is also important to realize that doors, windows, and other cavities can mean lower resistance to fire spread if not similarly fire-rated, in comparison to the walls. Regardless, fire resistance is a recognized benefit of ICF construction and can result in reduced fire insurance premiums.

In Ireland, where housing ownership is relatively high and the cost of wood compared to concrete is also relatively high, concrete housing is the preferred material for construction. An added appeal for those wishing to go with concrete is the perceived notion that concrete houses will last hundreds of years and thereby provide a legacy to future generations.  While it is difficult to exactly quantify durability benefits in the varying use-conditions of building materials, concrete offers added resistance to moisture and other environmental factors. While wood is protected within the walls of the home, it is susceptible to rot in areas where water often penetrates the exterior weather-resistant barrier of a home.

A study conducted by the Public-Private Partnership for Advancing Housing Technology, or PATH, rated concrete’s sound-absorption qualities as "excellent," while wood homes scored "average" to "good." In order for a wood-frame home to obtain similar performance ratings, it is necessary to make certain modifications, such as using thicker gypsum board layers, resilient channels, or acoustic insulation. These enhancements can add about $0.70 per gross square foot of wall area, which accounts for an increase of about 20% in the cost difference between ICF and standard wood-frame construction (see the table below). In addition, concrete’s dampening quality limits the vibration to exterior walls when doors or windows are slammed, for example.

In traditional wood-framed homes, there is an added cost associated with installing the windows and doors. Additional material is required to support them, often with expensive micro-laminated headers or additional stud support. In comparison, the overall cost per square foot of fenestration and door construction decreases with concrete, as the concrete bonds better around the cavity and maintains structural support.  However, a study of thermographic testing by the NAHB found that houses constructed with ICF walls have up to a 50% decrease in the required capacity of HVAC equipment because the greater insulative capacity of concrete allows for smaller heating and cooling systems. Finally, once the concrete is set, it is comparatively difficult and costly to saw through the concrete to create additional cavities or modifications for HVAC units or windows.

Cost Comparison Based on Performance

Another way of assessing the cost-benefit of ICF housing is to measure the cost of upgrading a wood-frame home to perform in a manner similar to a concrete home, shown in the following table.

As seen above, the added costs of upgrading a wood-frame home to meet comparable performance levels of an ICF home show that concrete homes may offer greater value, depending on the consumer’s needs.
While it is commonly agreed that concrete is a more expensive technique for home construction, it is generally incorrect to presume that the greater initial cost will be recouped by energy savings alone.  The single biggest attribute in favor of concrete is its structural integrity and ability to withstand severe environmental hazards. Rather than looking at any single element of the cost-benefit scenario, the greater all-round performance attributes of concrete provide a compelling argument for its choice as a construction material in exterior walls.