The Dark Side of Homeowners Associations

Roughly 57 million American homeowners belong to homeowners associations (HOAs), which are elected bodies that govern the lifestyle and architectural choices of their members. Largely unregulated by state and federal laws, HOAs are essentially autonomous "mini-governments" that sometimes exert enough power to bully their residents into foreclosure. Inspectors may want to arm themselves with knowledge concerning the struggles of their clients who live under HOAs.

When Chicagoan Wally Kuchlewski, a 67-year-old machinist, returned to his condominium, he found all of his possessions on the street. His HOA had foreclosed on his home in response to $4,000 in unpaid dues -- that had drastically risen from $640 -- to cover the HOA’s attorney’s fees. The distraught Kuchlewski gunned down the secretary of the condominium board, killing her and wounding a bystander. Although extreme, Kuchlewski’s actions nevertheless demonstrate the escalating opposition to the unchecked authority wielded by HOAs. 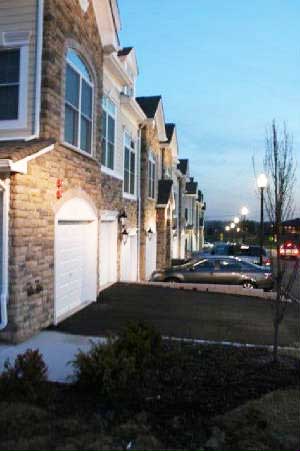 In roughly half of the states in the U.S., HOAs are permitted "non-judicial foreclosures" if owners lapse on their dues. Homeowners in these states have no right to a hearing or to confront their HOA board, or any of the protections usually afforded people to defend themselves against creditors. Over a prescribed period of time, a homeowner late on a payment will first be mailed a letter of default, then a letter of sale, and then the home will subsequently be sold at auction.

Some states do not require a notice of default, while other states do not even require that the homeowner be personally notified of the notice of sale, as long as it is published. "Why didn't someone just pick up the phone and call them?" asked the lawyer representing Tom and Anita Radcliff, a retired California couple who were informed of the situation only 30 days before they were evicted, as reported by MSN Real Estate.  Even in states where homeowners must be directly notified of the pending actions against them, all that is required are letters mailed through the U.S. Postal Service, some of which are left unopened by residents, especially the elderly, who may be unaware that such important information mailed to them without any special delivery might need their urgent attention.

Homes are typically foreclosed on by banks that are owed $190,000 by the homeowner, according to a 2001 study by Sentinel Fair Housing. The same study found that homes foreclosed on by HOAs owe an average of just $2,557. The homes are then resold for practically pennies on the dollar, sometimes just enough to cover the fee owed to the HOA. The home of Wenonah Blevins, an 83-year-old Houston woman, was sold for just $5,000 – 1/30 of its market value – to cover the $4,000 she owed her HOA, most of which would be used to pay the HOA’s attorney.

HOAs are considered creditors rather than debt collectors, which is legal-speak for an important distinction; the lawyers who work for the HOAs are not subject to the provisions of federal debt-collection laws, which effectively means that the lawyers will collect their fees from the homeowner rather than the client. This law allows nominal fees to balloon into unpayable sums, which paves the way to foreclosure, eviction, heartbreak, and more lawsuits.

These lawsuits and evictions are based on HOA rules designed to control the aesthetics of the neighborhood under the assumption that a sterile, uniform appearance will protect property values. No detail, however, is too frivolous for the policing efforts of many HOAs' elected officials. HOAs can and do punish owners over the types of plants they choose to grow, the color they paint their homes, the appearance of hedges, the age of residents in senior living centers, and virtually anything aside from the race of the owners or handicap access, which are protected by fair housing laws. One family in Newport Beach, Calif., fought in court for years to keep their driveway basketball hoop, and a Boca Raton, Fla., woman was forced to weigh her dog at an animal hospital, with a court reporter as witness, to see if the dog was heavy enough to warrant eviction. And when some HOAs can’t catch these “criminals,” they create incentives for homeowners to police each other, such as one Arizona HOA that paid residents who reported rule-breaking neighbors. Reporting someone who dumped trash that wasn’t allowed in the Dumpster earned a tipster $150, or even $100 for reporting a resident who walked his dog without a leash.

Homeowners should seek a clear understanding of the nature of the HOA-governed community in which they plan to invest. Does it have a long history of foreclosures? Are the community rules overly petty? Talk to members of the association to gauge their opinions, and consult with a lawyer or real estate agent if you don’t understand the community’s restrictions on flags, fences, home businesses, age, or whatever issues they control.

Homeowners Associations vs. the Green Homeowner
Reserve Studies
More inspection articles like this