Eminent domain, also known as compulsory purchase, expropriation and compulsory acquisition, is the right of a government to seize a citizen's property without their consent but with due monetary compensation. The property is taken either for government use or by commission to third parties for public use, or, in controversial cases, for economic development. Specific uses for seized property are typically for public utilities, highways, railroads, and for public safety. 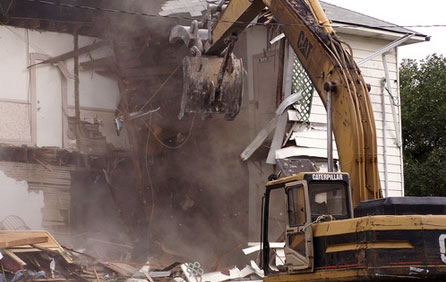 In the United States, eminent domain laws originated from the perceived need during the late 18th century to assure compensation to homeowners whose houses were forcibly taken over by traveling armies. Such compensation is ensured by the Fifth Amendment of the United States Constitution, which also requires that land may be appropriated by the government only for “public use” – a deliberately limiting phrase chosen by the Bill of Rights' principal author, James Madison, over the inherently broad phrase “public purpose,” which would allow for greater maneuvering by governments who wish to seize private property for tax purposes.

The intended distinction between these terms was overridden in 2005 when the U.S. Supreme Court ruled that private homes in New London, Connecticut, may be handed over to a developer to increase the city’s tax base. This "public purpose" was interpreted in the 5-4 decision as "public use," thereby empowering the city to invoke eminent domain and set a precedent for such interpretations in the future. A public backlash caused a handful of states to restrict their own power to interpret the U.S Constitution so broadly, and then-President Bush signed a similar law. Effectively, these laws maintain the long-held understanding that eminent domain is intended for the building of public works, not the promotion of private development. However, eminent domain is more often exercised by local and state governments that may enforce it in any way they please. Some governments employ eminent domain for the benefit of private developers and other commercial interests on the basis that anything that increases the value of a given tract of land qualifies as "public use."

Eminent domain can also be used to seize blighted buildings from their owners. The definition of “blighted” varies by jurisdiction and can be overly vague, but it generally describes buildings that lack adequate ventilation, sanitation, electricity and utilities, or that pose a fire hazard, or are otherwise unsafe. In one case, whole slums were razed in southwest Washington, and the land was transferred to private developers to create condominiums, private office buildings and a shopping center. Even a non-blighted property was taken because it lay within the slum, and the courts decided that the redevelopment project could be judged as a whole, rather than on a parcel-by-parcel basis.
Because blighted properties can be more easily seized, a home inspection performed by a qualified InterNACHI inspector can be used to inform homeowners of conditions that might cause a home to qualify as blighted.
In summary, a homeowner has little say in whether their home can be taken through eminent domain, but periodic maintenance, regular inspections, and safety upgrades can make it more difficult for the property to be declared blighted and help ensure that it maintains its full market value based on its condition.

Foreclosure Inspections: Trust Your Gut
More inspection articles like this