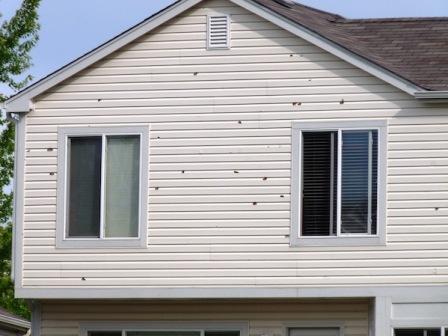 Hail is big business. The cost of repairing hail damage in the United States averages about $1 billion a year.

On April 14, 2006, a single hailstorm in Indianapolis, Indiana caused $1.3 billion in damage. According to the Insurance Information Institute, for every $100 of homeowner premiums collected by the insurance industry, $30 goes to paying for wind and hail damage. That’s compared to $16 for fire damage, and $11 for water damage.

Hailstorms can also be lethal. In 2002, a hailstorm in China’s Hunan province killed 25 people and injured hundreds more. 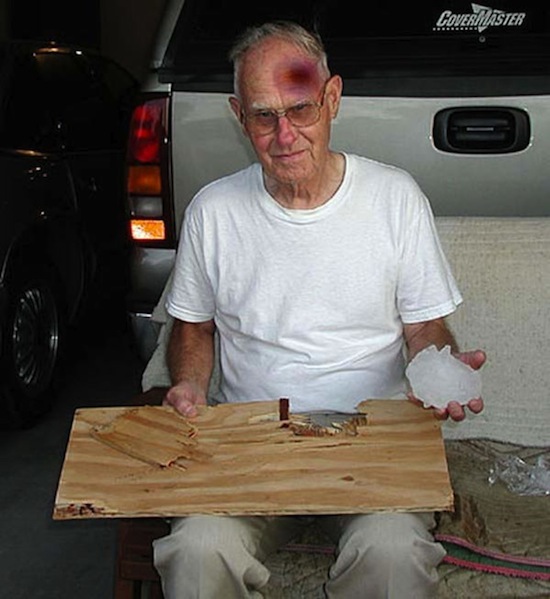 A hailstorm in Aurora, Nebraska dropped the biggest hailstone on record in North America.

Hail damage is identified by inspecting the roof and home exterior. Those performing inspections are most likely to be members of the insurance, roofing or home inspection industries.

Even though hail damage in the U.S. is widespread and costly, there is a lack of uniform criteria for identifying wind and hail damage among these industries. Although severe hail damage is easy to identify, roofs may be damaged to a lesser degree, and inspectors from different industries sometimes disagree about what is and what isn’t hail damage.

The goal of this portion of "Mastering Roof Inspections" is to provide detailed, accurate criteria for the identification of hail damage.

If inspectors from these industries use the same criteria for identifying damage, then there’s a good chance of reducing disagreement among the industries, as well as confusion for homeowners who are looking to these professionals for guidance. 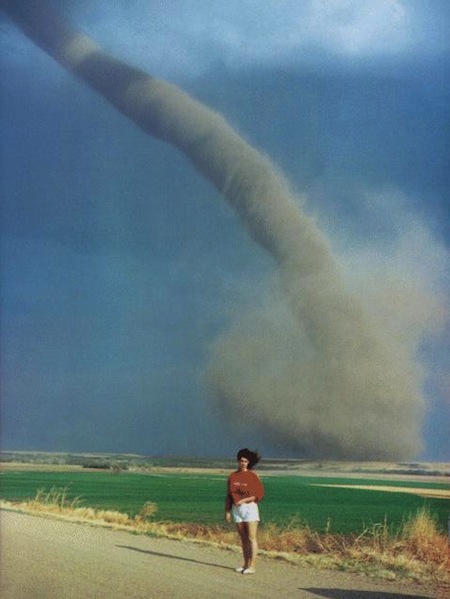 The uneven heating of the earth’s surface creates wind as warm air rises, pulling replacement air in behind it. Rising air is called an “updraft,” and the process is called “convection.” 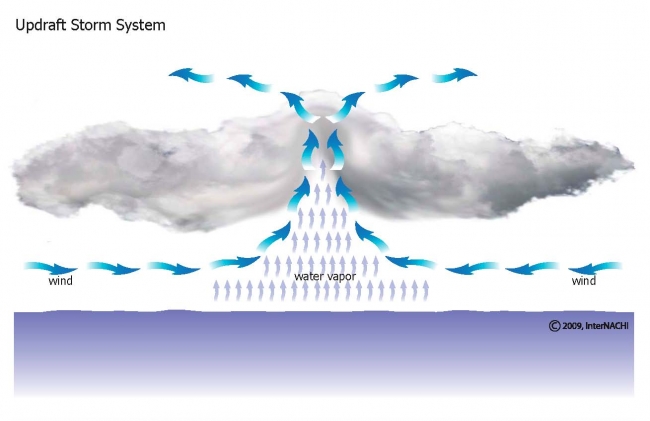 This tornado began as an updraft. Eventually, the updraft began to rotate, and the tornado was born.

Although updrafts are associated with a number of different types of storms, we’re concerned with one particular type called a “supercell.” In addition to tornadoes, supercells can produce hail. 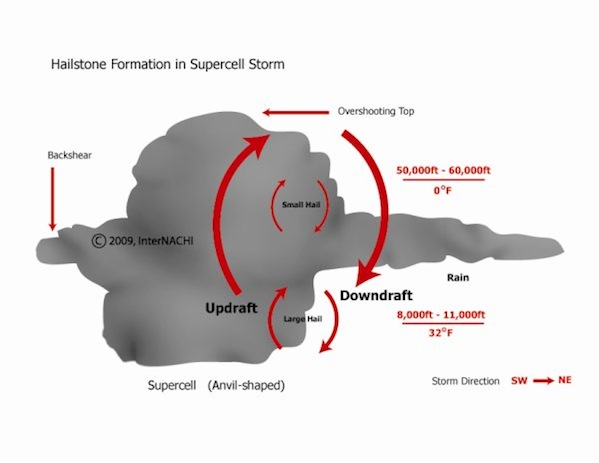 Hail is composed of balls of ice called “hailstones.”

Hailstones are formed inside storms when updrafts carry dirt and dust particles high into the cold, upper parts of storm clouds. Super-cooled water clings to the particles and then freezes, forming tiny ice balls. Once the updraft weakens, the ice balls fall until they’re lifted back into the clouds again by another updraft. As this process is repeated, the ice balls accumulate layers of ice and get bigger. Once they become too heavy to be supported by the wind, they fall from the sky as hailstones.

Hail Damage: Where and When? 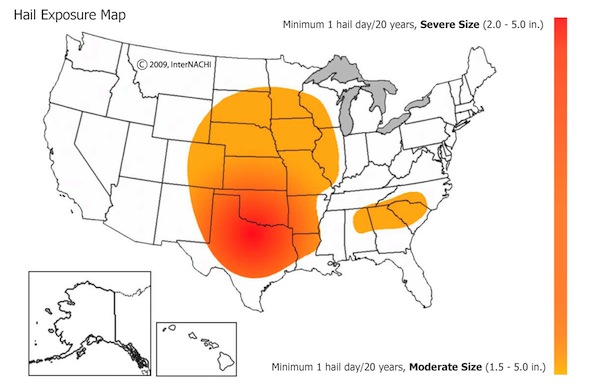 Although hail can fall anywhere on earth where conditions are right, the majority of hail damage in the U.S. occurs in the midwest, from south Texas northward to Minnesota, and from Colorado eastward to Illinois.

The hail season generally starts in the southern U.S. in late March and continues through August. Storms typically moved from the Southwest toward the Northeast.