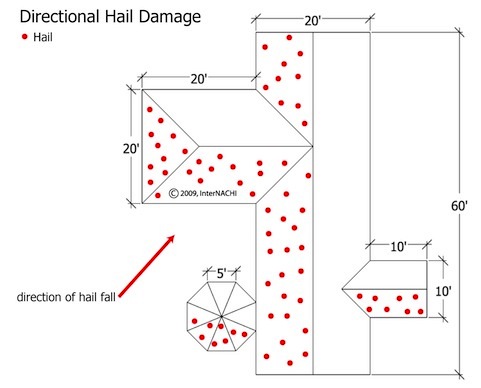 We’ve talked about viewing evidence of a storm's direction by examining collateral damage. The same is true with the roof. You’ll usually see that damage is more serious on slopes facing the same direction. This is the direction from which the hail came. If opposite-facing slopes both have damage, you may be looking at damage from different storms. It’s possible that hail from one storm carried more impact-energy than hail from another. Look for differences in the age of damage.

It’s also possible that there was little wind and that hail fell nearly straight down.

The fall pattern should be random.  Hail falls from thousands of feet in the air, so the pattern of damage across the roof should be random. If you see geometrical patterns of damage, examine the damage closely for evidence of causes other than hail. 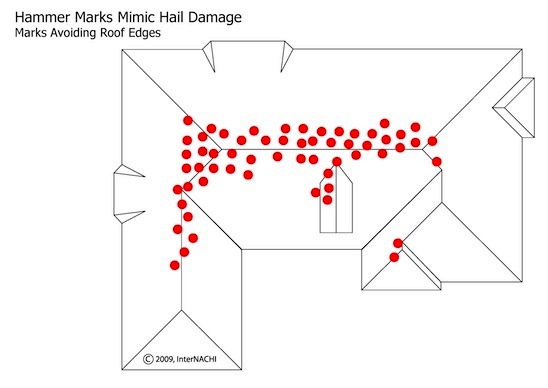 Roofs are sometimes intentionally damaged by those wanting to defraud insurance companies to get a new roof. If you see damage that is concentrated in areas away from the roof edge, 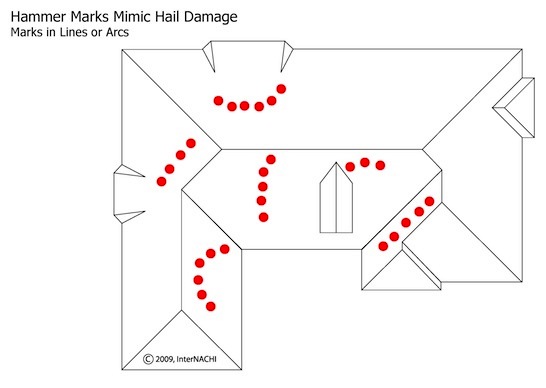 or areas in which damage appears as a series of short arcs, or … 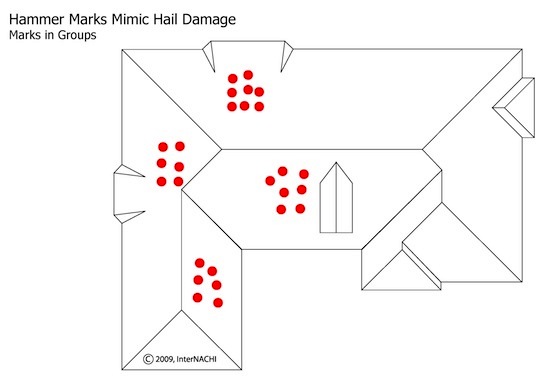 Again, damage should be random across the roof. Hailstones may hit any part of the roof-covering material, including its edges, and you may see one indentation overlapping another. If you see damage which appears only in the same part of different shingles, look closely for evidence of other types of damage.

The appearance of older damage usually is indicated by color. Hailstrikes often remove oxidation and particulates or expose new material, leaving the area of the strike a different color from the  surrounding material.

Over time, the damaged materials will re-oxidize and become re-covered with particulates.  So, although some evidence of damage may remain visible, older damage may look different from newer damage. The appearance of the difference will vary with the type of roof-covering material installed.