by Nick Gromicko, CMI®
Equity is defined as a home’s current value minus any money owed on the initial mortgage or other loans that use the home as collateral. For instance, if the homeowner has paid off $250,000 of a $400,000 mortgage and the home’s current appraised value is $500,000, the home’s equity is $350,000. This equity can be used as collateral for a lump- 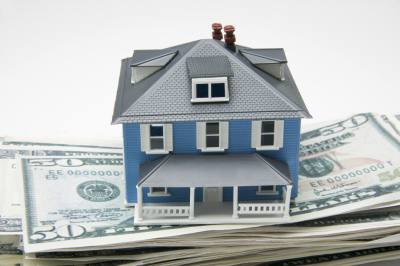 sum loan, known as a home equity loan (HEL), or as a line of credit, known as a home equity line of credit (HELOC). HELs and HELOCs are sometimes referred to as second mortgages because they are secured against the value of the property, just like traditional mortgages. They do not, however, need to be the second mortgage, as they are occasionally the first or even third loan taken out against a property.
A HEL is a large lump sum of money that requires a fixed monthly repayment over a predetermined period of time. A HELOC is a revolving line of credit that allows the borrower to withdraw funds whenever needed. There is usually a minimum monthly payment and an option to pay off as much or as little of the loan as the borrower wants. In either case, the amount that can be borrowed is based on factors such as FICO credit score, income, debts, the value of the home, and how much is still owed on the mortgage. Some plans may require the borrower to withdraw a minimum amount each time on the line of credit (for example, $300), or to keep a minimum amount outstanding. Some plans also require the borrower to take an initial advance at the time the credit line is set up.

Homeowners often choose home equity loans when the amount of the funds required is known, such as the cost of a new roof or kitchen renovation. When expenses are stretched out over time, such as for school tuition or periodic medical bills, a HELOC is often preferable. HELs and HELOCS also differ in the following ways:

The appeal of both of these types of loans is their interest rates, which are almost always lower than those of credit cards, but homeowners must understand the risk that accompanies lower interest rates. Credit cards are unsecured, meaning that no collateral has been pledged against the loan, while HELs and HELOCs are secured against the homeowner’s most valuable asset – his home. The lender can take the house, or force the owner to sell it if he falls behind on his repayments. Even reverse mortgages are less risky because the borrower doesn’t owe the lender anything until he actually moves or dies, but there are strict eligibility requirements for reverse mortgages. Early termination fees, too, plague HELs and HELOCs, and these details are in the fine print of the majority of these types of loan contracts. Worse yet, equity can be quite volatile, and the borrower risks winding up owing more to the bank than the home is actually worth.

It should go without saying that, with such inherent risks involved, borrowers should not be taking out these loans to pay for non-essentials, but statistics suggest that not all borrowers heed this advice; a 2004 poll performed by Synergistics found that 13% of HELOC loan holders entered into HELOC contracts in order to pay for travel or other leisure pursuits. The housing crisis that began just a few years later was undoubtedly a wake-up call for these debtors, many of whom may no longer be homeowners. The poll also found that most of these borrowers used their loan funds for home-improvement projects, which can actually increase a home’s equity and make it more safe and livable. InterNACHI inspectors should be hired to identify many of these needed home repairs and improvements.

When used responsibly, home equity loans and lines of credit are among the best financial tools available to homeowners, but the risks must be carefully considered before any contract is signed.