by Nick Gromicko, CMI®
Insulating concrete forms (ICFs) are rigid, plastic foam forms that hold foundation and structural concrete in place while it cures, and then stay in place afterward to provide insulation. 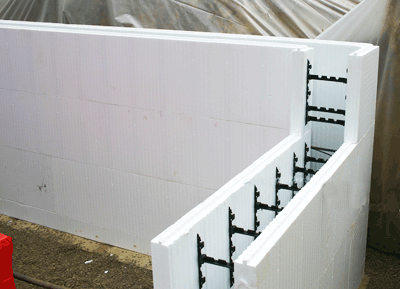 ICFs provide some advantages over more traditional construction materials and methods, including improved durability, and protection from fire and natural disasters, as well as added energy efficiency. However, a major problem associated with ICFs is termite infestation. Because of this, some states where termite infestation is common have banned ICFs from underground use for basements and foundations. Inspectors who examine foundations in regions where termites are a known problem can benefit from understanding the difficulties of identifying infestations in ICFs. Consumers planning a new build will want to be aware of strategies for preventing such problems.

There are three main kinds of termites found in North America:  dampwood, drywood and subterranean.  Dampwood termites are found mostly in the Pacific Northwest and coastal British Columbia.  These pests attack decaying wood and can usually be controlled by removing their moisture source, unlike drywood termites, which do not require a significant moisture supply.

Drywood termites are often found in the southernmost parts of the continent, including Hawaii and Mexico.  They can fly directly into buildings and begin colonies in dry wood.  The use of treated wood is generally effective for controlling infestations of this type.  Dampwood and drywood termites are not the biggest concerns in relation to ICFs. 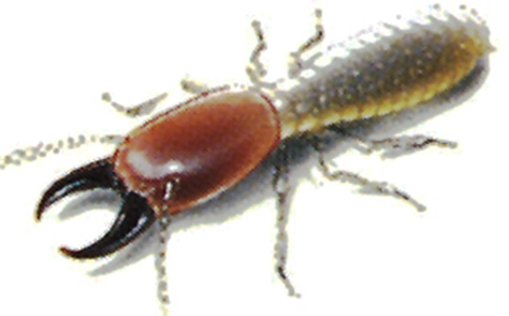 Subterranean termites are the real worry with ICFs, and they cause the most damage to building structures.  These termites live in the soil in order to avoid being affected by extreme temperatures while maintaining access to essential moisture.  They attack any source of cellulose within foraging distance of their colony, such as dry wood.  In addition to wood, they feed on cardboard, paper and fiberboard that are in contact with or close to the ground.

The Formosan termite, which is a type of subterranean termite, is the most aggressive and destructive.  Although typically smaller than most other species, its colonies can cause damage faster than other termites due to the sheer numbers they travel in.

It may seem strange that termites could be a concern for structures that are, by definition, mostly concrete, since they would not seem to provide an obvious food source for the bugs.  The confusion often comes up because it is assumed that termites need direct access to their food in order to begin causing damage.  However, the resourceful subterranean termites have found ways to actually use ICFs to their advantage when looking for food.

When a source of food is not directly in contact with the soil, subterranean termites will build tunnels to get to it.  The tunnels, called shelter tubes, can go through cracks in concrete foundations and slabs, as well as through spaces around utility pipes.

The problem with ICFs is that, while the EPS insulation on the outside does not provide the termites with a source of food, the termites can tunnel through it to their food sources virtually undetected.  In one of many reported cases, there were no outward signs of infestation.  Meanwhile, termites had tunneled inside the EPS all the way to the roof and were feasting.  By the time the wood components of the house had begun to show signs of infestation, significant damage had already been done.  The cover that EPS insulation on the outside of ICFs provides for termites, allowing them to tunnel toward food undetected, is the main concern in states that have restricted the use of ICFs.

Solutions for protecting ICF structures from termites have been implemented successfully throughout the U.S., and it is not difficult to adapt or modify existing means of control to work compatibly with ICFs. The following are some means for preventing and controlling termite problems that have been used successfully with ICFs.
Depending on the locality, some of these strategies may be required by code for ICFs that extend below ground.
Termite problems with ICFs can, initially, seem confusing, since IC 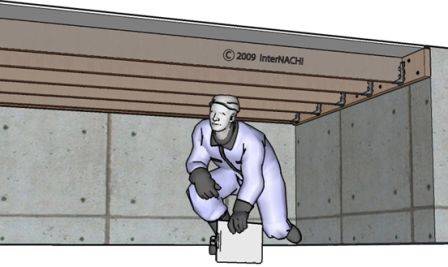 Fs themselves are not a source of food for the bugs, but tunnels running undetected through the outer EPS insulation to food sources are a serious concern in some areas. Understanding this problem and knowing how to prevent it can be helpful to InterNACHI inspectors who examine ICFs in regions that are susceptible to termite infestation.