OXFORD, Miss. (March 24, 2022) – InterNACHI® is pleased to announce that its founder, Nick Gromicko, has won a seven-year legal battle against HomeSafe Inspection, Inc., a company that was suing home inspectors for using infrared cameras.

HomeSafe owns six utility patents. Of primary interest to home inspectors using IR technology are U.S. Patents 8764285, 7445377, and 7369955.   All six patents were granted and in good standing with the U.S. Patent and Trademark Office. However, none gave HomeSafe the exclusive right to use infrared technology when inspecting a home.

In 2013, HomeSafe's attorney sent their stock demand letter to an InterNACHI® member in Mississippi.  The InterNACHI® member did not have the $10,000 demanded, so HomeSafe filed a lawsuit against the inspector, naming him as a defendant, individually.  The inspector couldn't afford defense costs, which would have likely exceeded $150,000, so he contacted Nick Gromicko, founder of InterNACHI®, the world's largest inspection trade association.

For two years, no suits were brought against any InterNACHI® members for using infrared technology during home inspections.

Then, in 2015, HomeSafe sued Gromicko individually and named InterNACHI® as a co-defendant in a Mississippi state court, claiming Gromicko and InterNACHI® had breached the agreement and other causes of action associated with the licensing agreement between InterNACHI® and HomeSafe.

Gromicko and InterNACHI® Lose Round One

After four years of depositions, discovery, and motions, the case finally went to trial. On September 19, 2019, at the end of the week-long trial, the jury, by a margin of one vote, ruled in favor of HomeSafe and returned a verdict of $329,590.63 against InterNACHI®, and $298,201.04 against Gromicko individually.

By law in Mississippi, to appeal a verdict of this size, the defendants have to post bonds equal to 125% of the judgment.  But instead of buying bonds, Gromicko put up the entire $784,559.59 in cash, which the court held in escrow, pending an appeal.

Gromicko and InterNACHI® appealed and hired the law firm of Hickman, Goza and Spragins, PLLC, to represent them both.

A year and a half later, in a unanimous decision handed down on March 1, 2022, the Mississippi Court of Appeals, noting that HomeSafe had developed a reputation as a "patent troll," reversed the trial court's judgment and dismissed HomeSafe's claims against InterNACHI® and Gromicko for alleged negligent misrepresentation.  The Court of Appeals also held that HomeSafe had failed to prove any damages on its other claims, and that although the jury was justified in finding that InterNACHI® breached the contract in question, HomeSafe entirely failed to prove compensatory damages and, therefore, the judgment against InterNACHI® was reversed and remanded for a trial as to nominal damages only.

Read the Court of Appeals decision (PDF)  in favor of Gromicko and InterNACHI®.

This ruling granted all relief sought by Gromicko and InterNACHI® in the appeal. Gromicko had his $784,559.59 returned: 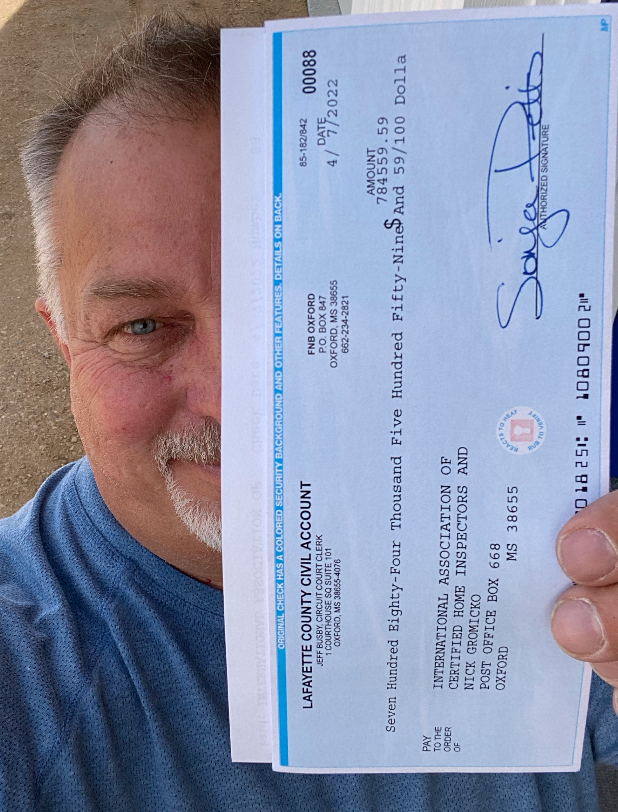 The only procedural remedy left to HomeSafe was to file a motion for a rehearing, which had to have been filed within 14 days (on or before March 15, 2022).  HomeSafe did not file any motions, so the decision in favor of Gromicko and InterNACHI® is now final.

Thank You, Goodloe and Lucky!

InterNACHI® and Gromicko were well represented at trial and on the appeal by Goodloe T. Lewis and Lawrence J. Tucker, Jr. of Hickman, Goza & Spragins, PLLC, of Oxford, Mississippi.   Additional thanks to attorneys Mark Cohen and Larry Little. 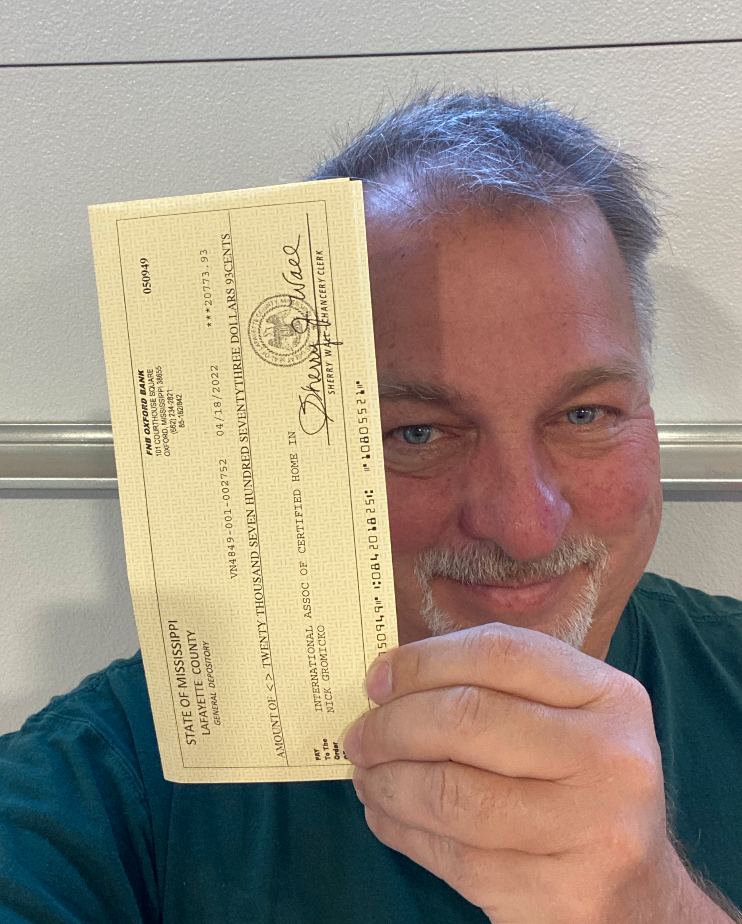 Gromicko and InterNACHI® are proud to have fought this long battle for all InterNACHI® members, the entire inspection industry, and for the good of the home-buying public.