by Nick Gromicko, CMI®
Although good-quality bricks may outlast civilizations, the mortar that bonds them can crack and crumble after a number of years. Water penetration is the greatest degrader of mortar, and different mortar joints allow for varying degrees of water-resistance. Mortar joints in brickwork also take up a surprisingly large amount of a wall’s surface area and have a significant influence on the wall’s overall appearance. Some joint profiles accentuate their individual designs, while others merge the bricks and mortar to form a flush, homogeneous surface. InterNACHI's graphics department has created a number of mortar joint images for convenient comparison.
The following are the most common mortar joints: 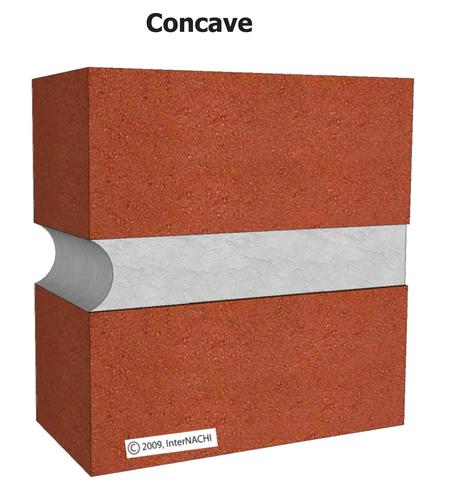 This popular type of joint is formed in mortar through the use of a curved steel jointing tool. It is very effective at resisting rain penetration due to its recessed profile and the tight seal formed by compacted mortar. Patterns are emphasized on a dense, smooth surface, and small irregularities are hidden. 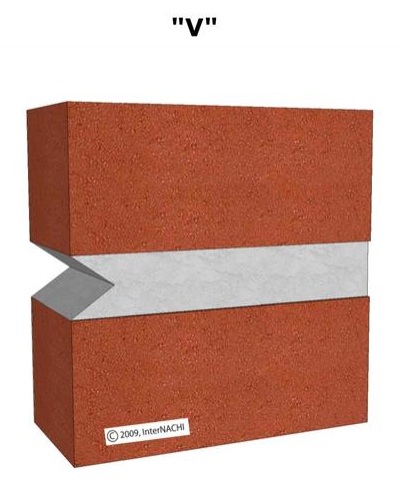 V-Joint
This type of joint can be made with a V-shaped jointer or a trowel soon after the bricks are laid. Ornamental and highly visible, the joint conceals small irregularities and is highly attractive. Like the concave joint, the V-joint is water-resistant because its formation compacts the mortar and its shape directs water away from the seal. 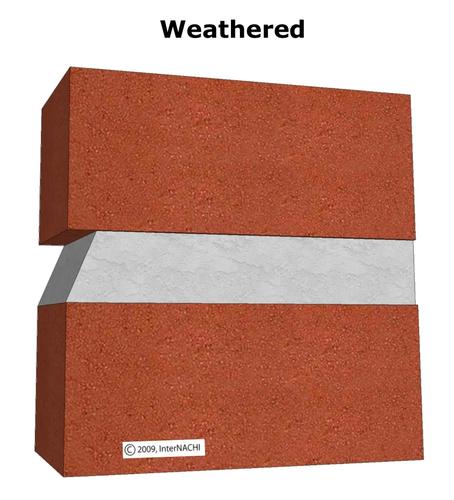 Weather Joint
Mortar is recessed increasingly from the bottom to the top of the joint, with the top end not receding more than 3/8-inch into the wall. The straight, inclined surfaces of the bed (horizontal) joints tend to catch the light and give the brickwork a neat, ordered appearance. This joint is less compacted than the concave and V-joints, although it is still suitable for exterior building walls. 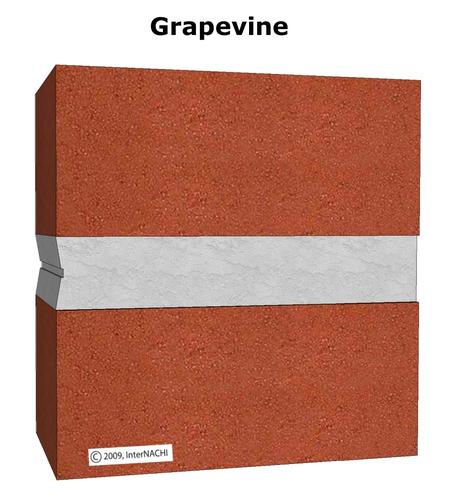 Grapevine Joint
While most popular during America’s Colonial period, this design is often replicated in newer brickwork. It is created with a grapevine jointer, which is a metal blade with a raised bead that creates an indented line in the center of the mortar joint. These lines are often rough and wavy, simulating the generally straight yet slightly irregular appearance of a grapevine. It is commonly used on matte-finish and antique-finish brickwork. 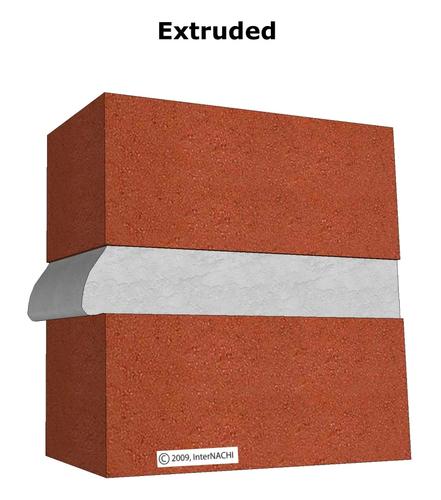 Extruded (Squeezed) Joint
This joint design requires no tooling and is formed naturally as excess mortar is squeezed out from between the bricks. The result is a rustic, textured appearance that is especially attractive in garden settings. This design is not recommended for exterior building walls due to the tendency for exposed mortar to break away, degrading the wall’s appearance. 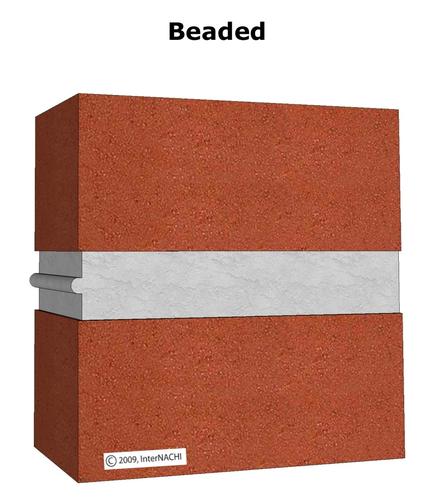 Raising a rounded, bead-shaped segment of the mortar away from the mortar surface produces this old-fashioned, formal design. Although beaded joints can create interesting shadows, they are not recommended for exterior use due to their exposed ledges. 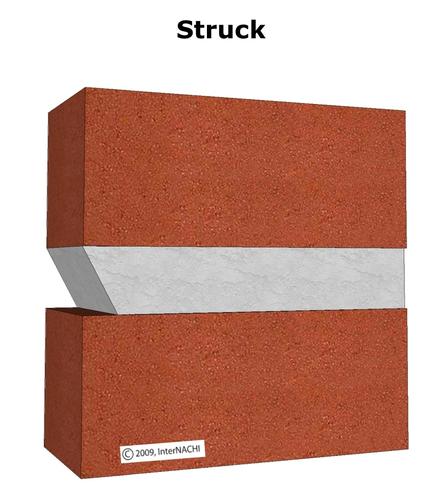 Struck Joint
This joint is formed in a similar fashion as the weathered joint, except that the bottom edge, instead of the top edge, is recessed. It is a very poor insulator against water, as it will allow water to collect on its bottom ledge. 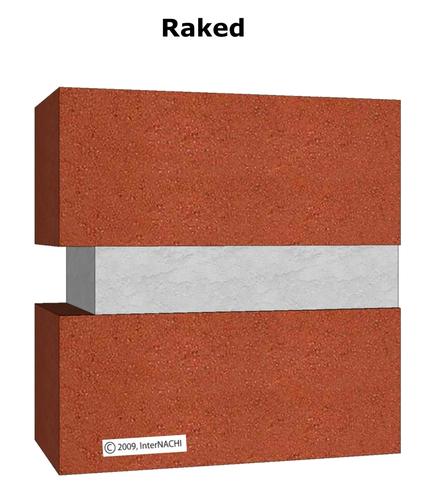 Raked Joint
For this design, mortar is raked out to a consistent depth. Although often left roughened, it can be compacted for better water-resistance. This design highly emphasizes the joint and is sometimes used in modern buildings in order to match the historic appearance of their locales. Unless it is compressed, it is not as water-resistant as other mortar joints because the design incorporates ledges, which will collect water as it runs down the wall. Also, when mortar is removed from the joints, it becomes smeared on the surfaces of the brick at the recesses. To remove the mortar, contractors often aggressively clean the walls with pressurized water or acid solutions, which can open up additional voids and increase the possibility of water penetration. 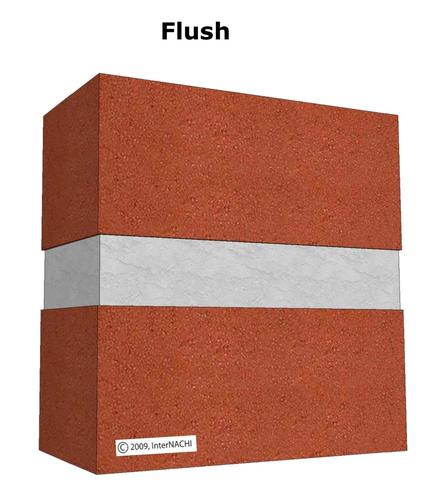 Flush Joint
This joint is best used when the wall is intended to be plastered or joints are to be hidden under paint. Because the mortar is not compressed, it is less water-resistant than some of the other designs.
In summary, mortar joints vary by their appearance or by their water-resistance properties.