Net metering is an inexpensive, easily administered way to encourage homeowners to invest in renewable-energy technologies. In most 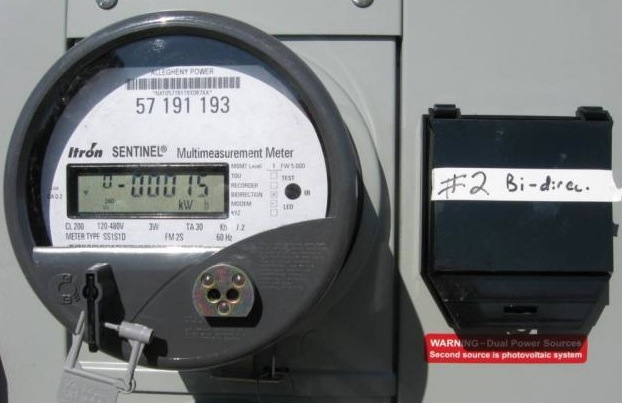 residences and small businesses, standard kilowatt-hour meters are capable of automatically registering the flow of electricity in either direction, to or from the building. When the customer draws electricity from the utility, the meter spins forward, and when the customer allows excess energy to be drawn into the power grid, the meter spins backward. Essentially, the homeowner is billed only for the net energy consumed during the billing period.
Why is net metering important?

In 1978, Congress passed the Public Utility Regulatory Policies Act, which requires electric utilities to offer to purchase power from electric power producers at an “avoided cost” or wholesale rate, which is the cost the electric utility would incur were it to generate electricity or purchase it from another source. This process, known as double metering, had a few major problems:

Regional Laws
Currently, nine states (Alaska, Alabama, Kansas, Nebraska, Mississippi, Missouri, South Carolina, South Dakota, and Tennessee) offer only double metering. Net metering, in various forms, is available to the rest of the country. In the 41 states where net metering is available, details of the practice vary considerably. All utilities must offer net metering in Vermont and Oregon, while only some utilities offer the service in Montana and Ohio, for instance. Still other states, such as Colorado and Connecticut, have investor-owned utilities which offer net metering, whereas utilities owned by public trusts and agencies may do as they wish.

State laws also restrict the wattage size of renewable-energy power systems that may take advantage of net metering. Of the states where the service is offered, Arizona and Georgia are among the most restrictive, permitting systems up to only 10 kW in power. Colorado and California allow considerably larger systems, at 2 mW and 1 mW, respectively. Ohio is currently the only state that places no restrictions on individual systems; however, the total customer-generated capacity cannot exceed 1% of a power provider’s peak demand.

Net metering has yet to take hold in England. Some Canadian provinces offer the service, and in some Australian provinces, notably Queensland and Victoria, utilities will pay customers several times the retail rate for excess energy.