by Nick Gromicko, CMI®
Ozone generators intentionally produce the toxic gas ozone and are sold as air cleaners for commercial and residential applications. Specifically, they are advertised to deodorize, disinfect, kill or remove dangerous or irritating airborne particles in indoor environments. 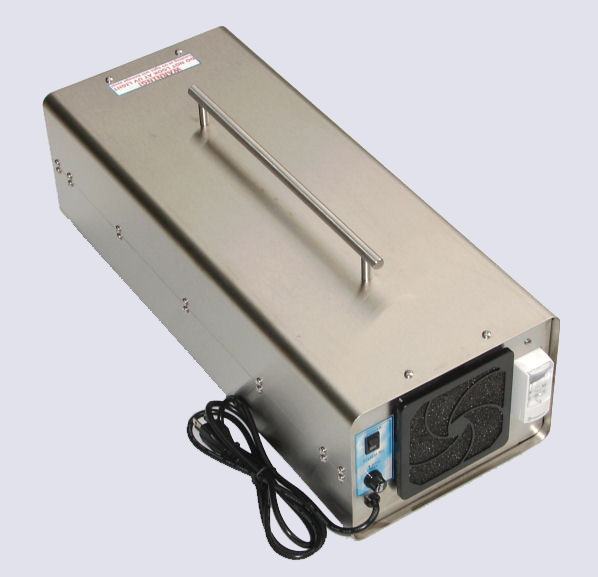 Ozone is the principal element of the ozone layer, which traps the sun’s heat and is essential to life on Earth. Unlike breathable, stable oxygen molecules, which are composed of two oxygen atoms, ozone is composed of three. The third oxygen atom in ozone can easily detach from the ozone molecule and reattach to other substances, altering their chemistry. Ozone generators produce the gas in large enough quantities that unstable organic compounds will react with the gas and, supposedly, be altered so that they will no longer be irritating or dangerous.

Note that ozone can dull the olfactory sense, a fact that has led many experts to believe that ozone’s deodorizing abilities are at least partially due to an altered odor perception, rather than any change in the environment.

How do ozone generators make ozone?

Ozone generators make ozone by breaking apart oxygen molecules, a process that can be accomplished in the following ways:

Unfortunately, the same chemical properties that allow ozone to alter organic material in household air also give it the ability to react with organic material inside the human body. Even low levels of ozone exposure can cause the following conditions:

People's susceptibility to ozone varies widely. An ozone generator should never be operated in occupied spaces, and the area should be adequately vented before people or animals are allowed to re-enter.

According to a report produced by the EPA, ozone generators are ineffective at reducing levels of formaldehyde and carbon monoxide, despite claims by manufacturers. Also, from the toxins with which ozone does react, there is a potential for the creation of new, potentially more dangerous toxins. For example, ozone mixed with chemicals from new carpet can create aldehydes, which can irritate the lungs. Other reactions may create formic acid, another irritant. The potential for chemical reactions in the average house is difficult to predict.

EPA Branding
A number of brands of ozone generators place EPA establishment numbers on their products. This number helps the EPA identify the facility that produced the product. The number does not mean that the EPA has found the device to be safe, as the EPA does not certify any air-cleaning devices.

Other Potential Damage Caused by Ozone in Homes

Plants
Environmental ozone causes more damage to plants than all other air pollutants combined. Similarly, ozone generators can damage plants in indoor environments. High levels of ozone will inhibit the ability of plants to open the microscopic pores on their foliage and breathe. Specifically, ozone can cause the following conditions in plants:
Damage to Building Materials
In addition to human and animal health, excess ozone can damage the following materials:
Better Methods to Control Indoor Air Pollution
The following alternatives can be used to mitigate indoor air pollution:
In summary, ozone generators are used to enhance indoor air quality, even if the gas is dangerous and often ineffective.