Rafters may be connected with metal hardware or just nailed to the ridge. Rafters on one side of the ridge will be nailed through the ridge, and those nails will be hidden behind the opposing rafters. The opposing rafters will be toe-nailed. The proper nailing scedule for toe-nailing rafters is three nails in one side and two in the other.

In roof framing, there are a lot of places where framing members connect. Requirements for these connections have changed over the years, but you can still identify basic defects.

Structural engineers have to calculate the loads on connections between framing members and specify hardware that will support those loads. Fasteners are what attach metal connectors to wood framing members. In order to ensure safe connections, fasteners of the right metal alloy and of the correct minimum diameter and length have to be used.

If fasteners are used that are inadequate in strength, the connection may fail.

Fasteners can fail in one of two ways: withdrawal or shear. 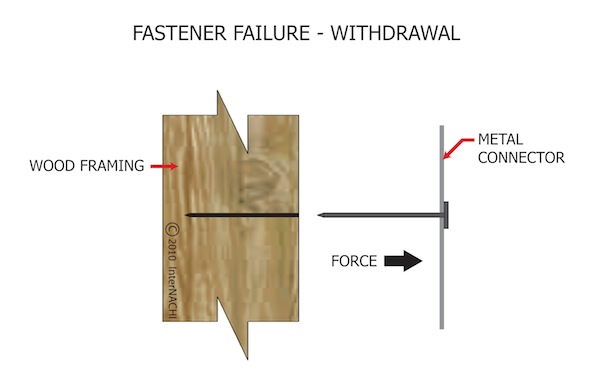 Withdrawal simply means that the fastener pulls out. When withdrawal causes failure, the force causing the failure is parallel to the shaft of the fastener. 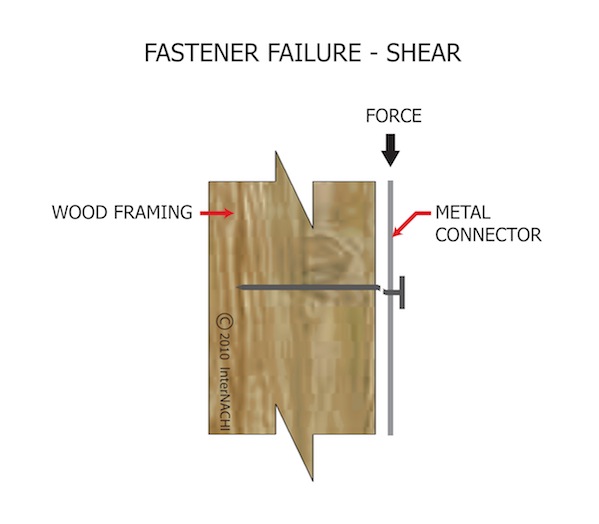 Shear failure is caused by a force perpendicular to the shaft of the fastener. The fastener bends and breaks as if it had been sheared off by a guillotine. 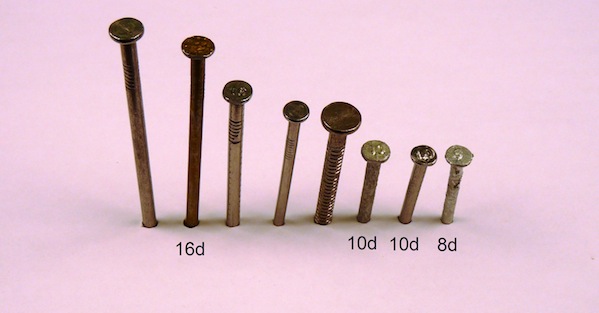 It’s important that you be able to identify proper fasteners. The following are all acceptable, but the most commonly used, acceptable nails are 16-penny (16d) checker-head, or #8d and #10d hanger nails. Of the two 10d shown in the photos below, the first one is galvanized, and the second one is not galvanized. 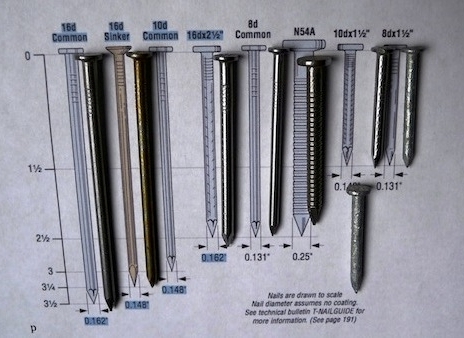 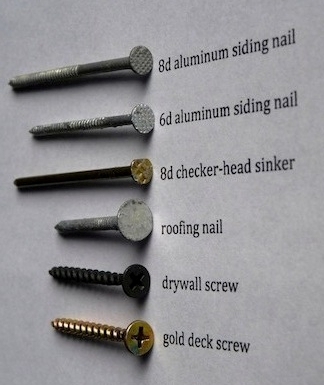 These are examples of nails NOT ACCEPTABLE for use with metal connectors. Finding the 8-penny, checker-head sinker installed is an especially common defect