A safe room, also known as a panic room, is a fortified room that is installed in a private residence or business to provide a safe hiding place for inhabitants in the event of an emergency.

Safe Rooms Around the World 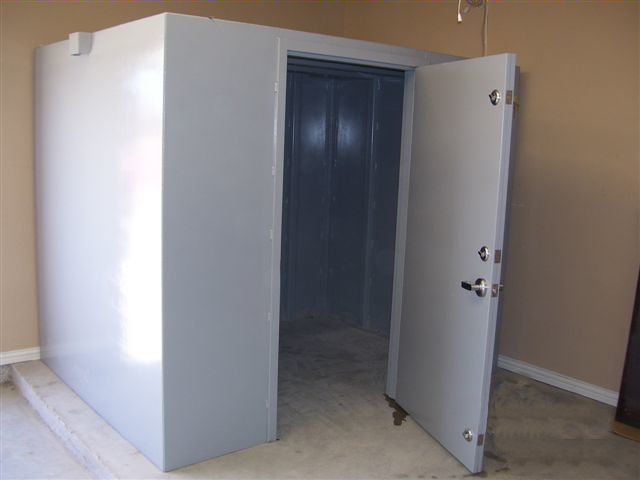 Why are safe rooms used?  Reasons include:

Safe rooms can be traced back as far as the Middle Ages. Castles had a "castle keep," a room located in the deepest part of the castle, which was designed so the feudal lord could hide during a siege. In the United States, safe rooms were used in the Underground Railroad during the 1800s, where secret rooms hid escaping slaves. In the 1920s, hidden rooms stored Prohibition-banned liquor. Safe rooms designed for weather protection have their origins in storm cellars. The features of the modern safe room are mostly derived from fallout shelters during the 1950s, which were created in response to the fear of nuclear attacks.

Various events of the past decade have spurred a rise in the popularity of safe rooms, including New Year's Eve during “Y2K," the terrorist attacks in New York City in 2001, and the subsequent anthrax poisonings that led to fears of civil unrest and war. Yet, it was the 2002 film Panic Room, starring Jodie Foster, that heightened public awareness of safe rooms and their perceived need. In fact, the term "panic room" became the popular name for what were previously known as "safe rooms" as a result of the movie, although companies that create the rooms still prefer to call them "safe rooms."

Today, they have become a status symbol in wealthy areas such as Bel Air and Manhattan, where it is believed there are thousands of such rooms. However, it is difficult to estimate the number of safe rooms because many homeowners will not publicize the existence of their safe rooms. Even real estate agents tend to hide the location of safe rooms, or even the fact that a house contains one, until they know a buyer is serious about purchasing the house.

The safe room’s location must be chosen carefully. It should not be located in the basement, for instance, if intruders are likely to enter the house from that location. Ideally, occupants will be closer than the intruders to the safe room at the time that the intrusion has been detected. This way, the occupants will not be forced to cross paths with the intruder in order to reach the safe room, such as in a stairway. Occupants can plan multiple routes to a safe room to avoid detection by the intruder who is blocking the main route.

Safe-room designs vary with budget and intended use. Even a closet can be converted into a rudimentary safe room, although it should have a solid-core door with a deadbolt lock. High-end custom models costing hundreds of thousands of dollars boast thick steel walls, video banks, computers, air-cleaning systems, bulletproof Kevlar®, and protection against bacterial and chemical infiltration. Recommendations for specific design elements are as follows:

Items to keep in a safe room: