Look for evidence of repairs.

Slate roofs may be repaired using several different methods, and there is some disagreement about which method is best. Each method requires removing the damaged slate, and the first step is to remove the fasteners using a slate ripper. 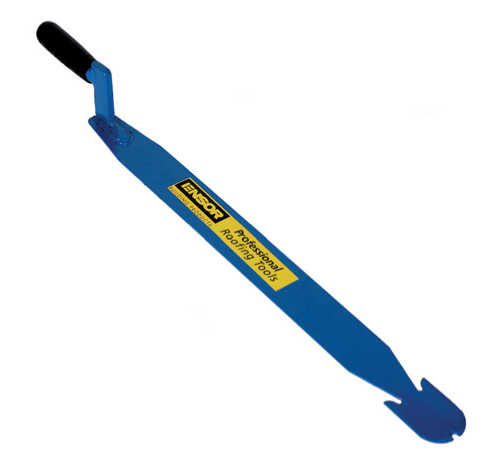 The user slides the ripper up beneath the damaged slate and yanks back on the tool, hooking the nail in a notch in the ripper head and then pulling the nail loose. Breaking the nail is not desirable because the stub left protruding from the roof sheathing will interfere with installation of the new slate and may prevent it from lying flat.

Nails may also bend toward the workman. The ripper can be used both by pulling and pushing, so a bent nail can still be removed by pushing the ripper toward the roof peak.

Once the fasteners are removed, the new slate can be installed. There are several methods for holding a new slate in place. Three methods are relatively common and acceptable:  hooks, copper strips and copper tabs. 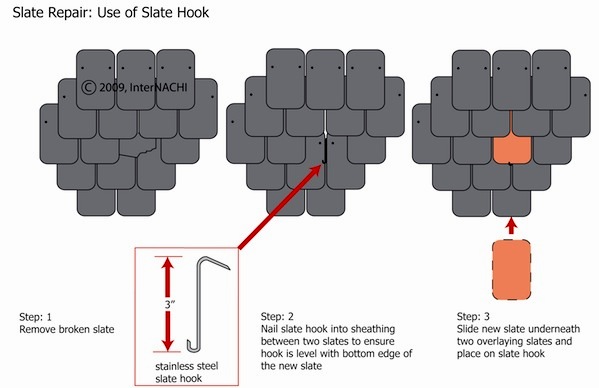 Using the hook method, a hook is nailed into the roof sheathing between existing slates. The hook should be placed so that the protruding part will support the new slate with the proper amount of exposure. Typically, the butts in the same course align.  However, in a roof with staggered butts, this may not be the case. 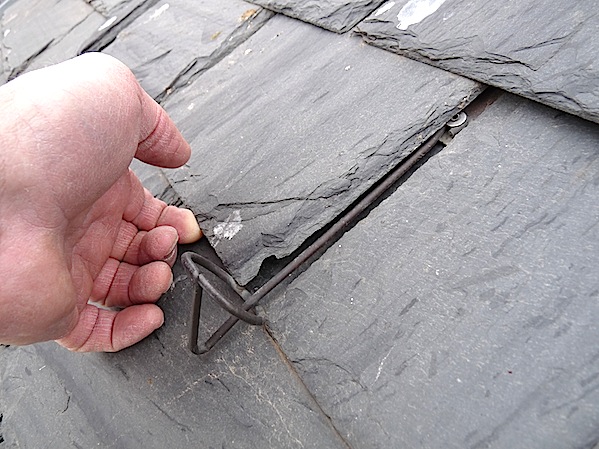 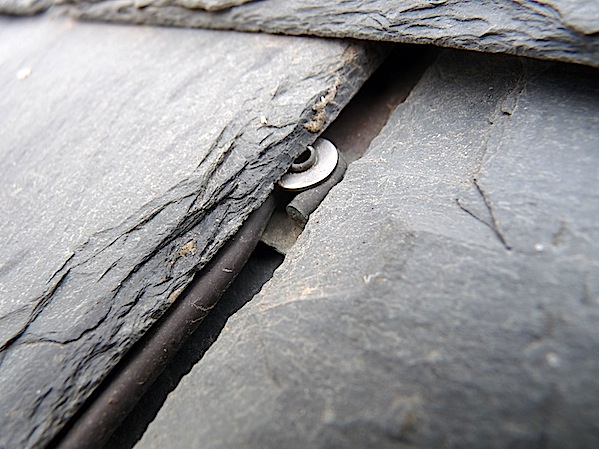 The two photos above show a slate hook installed as it would be installed for a repair. You don’t see one single, missing slate because these photos were taken of a display model. 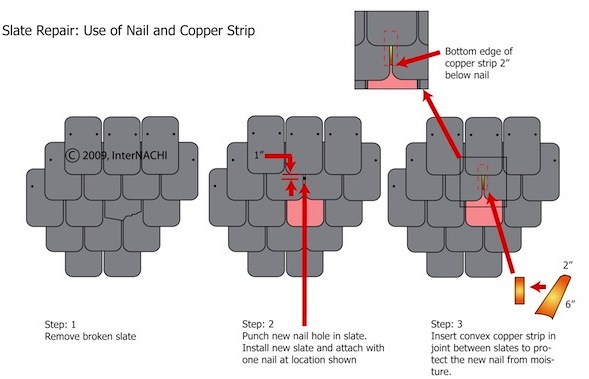 You may see copper strips installed between slates. Using this repair method, a replacement slate has a new hole punched in a location that will align with the gap between existing slates, once the new slate is installed.  The new slate is slid into place and nailed, and the nail head is covered with a strip of copper that has been bent slightly convex. Because the strip is not flat, once the copper strip has been slid into place, the weight of the overlying slates will hold it in place. 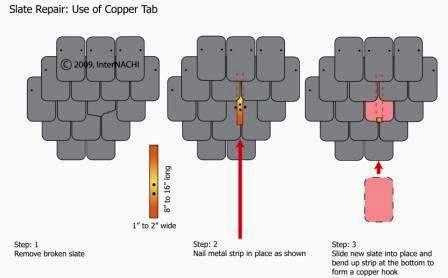 You may also see copper tabs used for repairs. After the damaged slate has been removed, a copper tab is nailed into place so that the nail penetrates the roof sheathing between the existing slates. The new slate is slid into place, and the bottom of the tab is then bent up around the butt to support the replacement slate.

Crucial to the success of this method is that the copper tab must be made of a gauge heavy enough to support the slate against sliding snow. If a light-gauge metal is used -- and light-gauge, galvanized sheet metal is sometimes substituted for heavy-gauge copper -- the tab may straighten, allowing the slate to be carried away with the snow.

You may see a variety of improper repairs. These include: 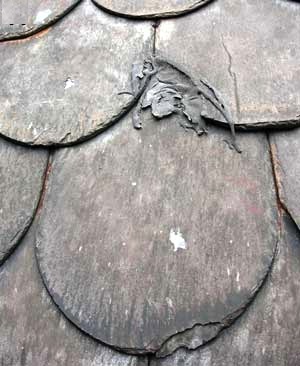