How does soil become contaminated?
Soil at a residential property can become contaminated when man-made chemicals come into contact with clean soil. Other sources of soil contamination may be wastes that leach from operational or closed landfills, runoff from livestock manure, direct dumping of hazardous industrial waste, waste piles from mining operations, septic systems and leach fields that breach their boundaries, and storage cisterns that burst underground. 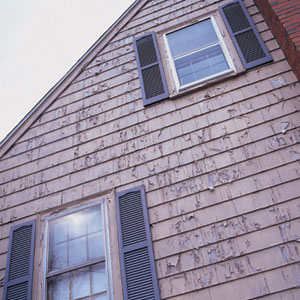 Inspectors, as well as homeowners, should use extreme caution if they suspect that such conditions exist at a property.  InterNACHI inspectors should recommend further evaluation by a qualified professional.
Contaminated particles pollute soil either by becoming attached to the soil itself or by residing in the spaces between the soil particles. Sometimes, the contamination may be from a "point source," such as when pollutants are dumped directly on soil or buried underneath. In other cases, soil becomes contaminated as liquids or gasses from point sources migrate elsewhere, contaminating residential properties downstream. A less visible example of this is when a factory emits hazardous fumes out of its smokestacks, which then travel on the air and eventually fall to the ground farther away.

The three most widespread pollutants in urban and rural residential soils are lead, arsenic and cadmium. These elements were in widespread use in paints and construction practices in the past and persist in soils today because, as heavy metals, they do not readily break down. The following is a brief description of them.

Why is contaminated soil hazardous?
Contaminated soil is dangerous for humans and animals. People are at high risk for poisoning when they come into direct contact with soil. This may occur when a person conducts any activity in the soil, such as digging, gardening and landscaping, and when soil is tracked into the home. Soil contaminants may be inhaled when soil is kicked up in the air, such as while mowing grass. Children are at particularly high risk because of their propensity for mouthing objects and putting their hands into their mouths without washing.

Pets and wild animals come into contact with contaminated soil when burrowing, eating and drinking from the ground. Changes in soil chemistry affect creatures at the lower end of the food chain, such as arthropods and tiny micro-organisms. Consequently, this puts entire ecosystems at risk, since it may cause a ripple effect through the food chain.

Another serious hazard is that drinking water supplies may become contaminated from contaminated soil. This is of primary concern when residents rely on underground water wells and aquifers for their fresh water supply.

There is a variety of health risks associated with contaminated soil, depending on the level of exposure, the type of pollutant, and the vulnerability of the affected population. Chronic exposure to heavy metals and other contaminants may put exposed individuals at a higher risk for cancers, neural disorders, reproductive disorders, and birth defects. Other less serious side effects may occur with light exposure, such as headaches, dizziness, fatigue and rashes.
Contaminated soil also has a negative effect on plant growth and crop yields. Contaminated fruits and vegetables may be hazardous to consume, especially if they are not properly handled and washed prior to eating.
How can you tell if soil at a property is contaminated?
There may or may not be visible indications of soil contamination. One obvious sign of lead contamination may be paint chips around the exterior of the house, if the paint is known to be leaded. Apparent discolorations in soil and strong odors are other indications that the soil may be hazardous. Another possible clue of contamination may be if vegetation fails to thrive in a certain area of soil, although this depends on the vegetation and whether the soil's natural content is hospitable to such growth.
One of the first things to consider when trying to determine if soil is contaminated is the history of the land. If the land or adjacent areas have ever been used for agriculture, industry, mining, waste disposal or gas dispensing, then there may be a lingering problem. If there have ever been wooden structures on the property prior to the late 1970s, then the land has a higher risk for lead and arsenic contamination.
The only sure way to tell if soil is contaminated is to sample the soil and have a certified laboratory test it.  A certified local soils engineer or professional should be employed to conduct soil sampling. Exhaustive testing may be exorbitantly expensive, however, but tests for the most common contaminants are usually affordable. Sampling for lead, arsenic and cadmium is usually less than $100.
What are the options for remediating contaminated soil?
Complete soil mapping and remediation can be a prohibitively expensive venture. Many contaminated industrial and commercial sites qualify for grants based on their "brownfield" status.  However, this does not necessarily apply to residential sites. Local authorities should be consulted to see if there is financial assistance available. Funding may be provided for remediation procedures, depending on the level of risk to the surrounding community. 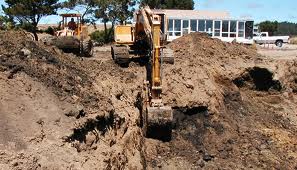 Soil remediation methods include the following:
What precautions should be taken with soil that is or is suspected to be contaminated?
It is important to take special precautions with contaminated soil, especially when remediation techniques are not feasible.

In summary, soil may become contaminated in a myriad of ways, and special caution must be taken to minimize the associated risks.  InterNACHI inspectors who suspect that soil or groundwater at a property is contaminated may want to recommend that their client have such conditions investigated and evaluated by a qualified soils engineer or other professional.