Mitigating factors are variables which influence the amount and nature of roof damage. Damage isn’t always limited to one factor. Variables can combine in different ways to create unique conditions.

Some variables, such as air density and the pattern of wind gusts, are aspects of wind damage that you won’t know about before you arrive at the inspection, and won’t be able to see once you’re there.  But they can have a significant effect on the nature of the damage.

Let's examine the role these variables play in creating wind damage. The bottom line is whether or not the damage is consistent with damage actually caused by wind.

Some basic mitigating factors include the following. 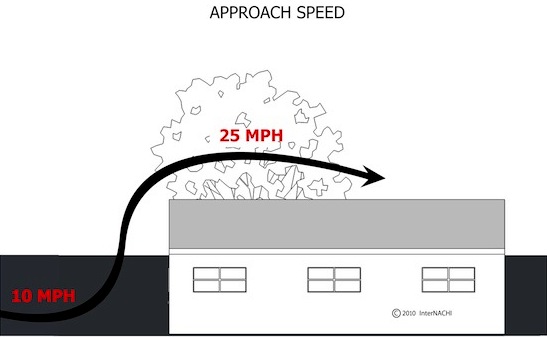 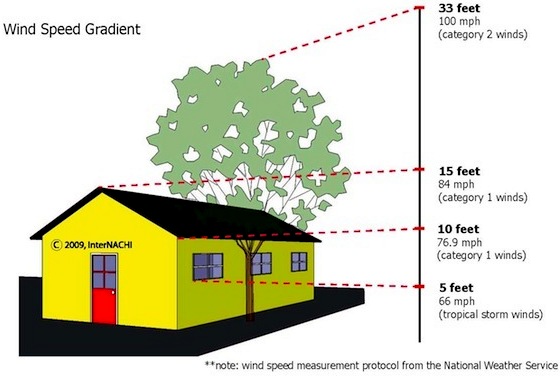 As a storm moves into an area, wind may increase in speed at a relatively constant rate, or this growth may include strong gusts. During wind gusts, wind speed may increase dramatically in just a few seconds. This has a physical effect similar to an impact. Strong, sudden gusts may do more damage than winds of higher speeds which build and fade at a more gradual rate.

Air density is affected by temperature. Cool air is denser than warm air. This means that if cool air and warm air are blowing at the same speed, cool, denser air will place a greater wind load on the building. A greater wind load has the potential to do more damage.

Determining the direction from which damage-causing winds originated may help you recognize where to look for damage.

The orientation of damaged surfaces and displaced debris may provide clues.