Clothing moths readily damage natural fibers and can create problems for home dwellers, but these insects are among the most misunderstood of household pests. 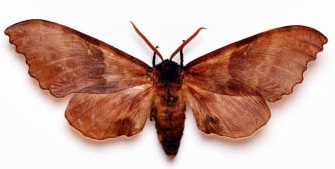 Female clothing moths lay an average of 40 to 50 eggs over a period of two to three weeks, and they die once their egg-laying has been completed.  Males outlive females and continue to mate during the remainder of their lives. Eggs are attached to adhesive secretions, from which they hatch after a period of days. The emerging larvae, which appear shiny white with a dark head capsule, remain for approximately 35 days to 30 months before pupating into adult moths. Adults have a wingspan of about ½-inch, and are golden-colored, with reddish golden hairs on top of the head. Larvae and adults prefer dim areas, and if larvae find themselves in a well-lit room, they will try to relocate beneath furniture, carpet edges or moldings at a room's edges.

Moths are often mistakenly blamed for damaged fabric, so it’s important to clearly evaluate their appetite and limitations. Clothing moths exclusively target animal fibers, such as wool, feathers, fur, hair, silk and cashmere, especially where they are stained with beverages, urine, sweat, or oil from hair. Carpet beetles, too, readily consume animal fibers, which can further hamper the accurate identification of the source of the damage. Cellulose fibers, such as cotton, and synthetic fibers, such as polyester, are usually safe from the ravaging mouths of moth larvae, although these fabrics may be eaten if they are heavily soiled or blended with wool or other animal fibers.  The most heavy damage is suffered by articles left undisturbed for a long time, such as old military uniforms, blankets, wool upholstery, feathered hats, antique dolls and toys, natural-bristle brushes, weavings, wall hangings, piano felts, old furs, and stored wool carpets and clothing. 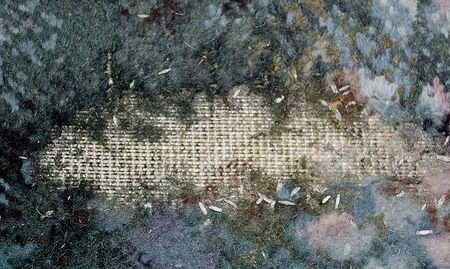 In summary, homeowners should learn to identify and control clothing moth infestations.