by Nick Gromicko, CMI®
Solar water heaters are a cost-effective way to heat water in almost any climate. 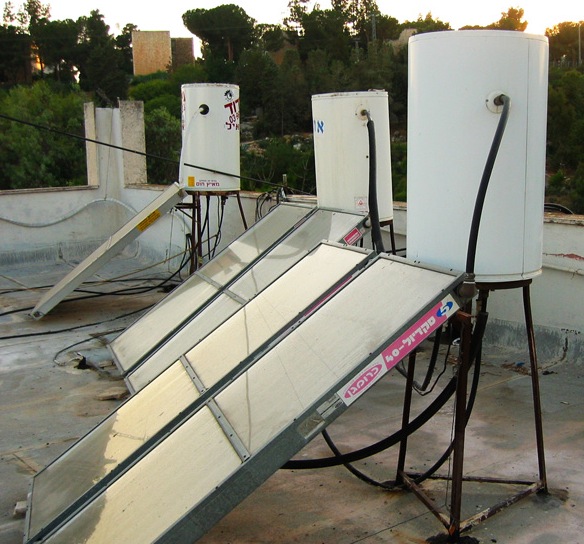 Water heated in this manner can be used for myriad home, business and industrial applications.
Solar Thermal Worldwide

While solar thermal systems have only recently become popular in the United States, they have been in use since as early as the 1890s. Israel began pioneering work in the 1950s in response to fuel shortages and, today, solar water heating is exploited by 85% of that country's population. In this way, Israel saves an astonishing 2 million barrels of oil per year – 3% of their total energy consumption – making it the highest user, per capita, of solar energy of any form worldwide.

Spain was the second country (after Israel) to require the installation of solar thermal systems. In China, systems are much cheaper than similar models sold in Western nations, and an estimated 30 million Chinese households make use of them. Solar thermal technologies have seen tremendous growth in Australia, Japan, and many other countries that receive abundant sunshine.

Unlike photovoltaic solar panels, solar water heaters generate no electricity; rather, they directly heat water through sunlight. These systems are generally composed of solar thermal collectors, a water storage tank, interconnecting pipes, and a fluid to move the heat from the collector to the tank.

Solar thermal collectors are fastened to a roof or a wall that faces the sun, heating fluid that can be pumped (in an active system), or driven by convection (in a passive system). Collectors are made from a glass-topped insulated box with a flat solar absorber made of sheet metal attached to copper pipes, and then painted black, or a set of metal tubes surrounded by an evacuated (near-vacuum) glass cylinder. Solar water heating systems are usually supplemented by conventional backup systems for cloudy days and times of increased demand.

Types
There are three types of solar thermal systems used for residential applications:

Solar water heaters require periodic inspections and routine maintenance to ensure efficient operation. Inspectors can recommend that the homeowner or a qualified solar technician perform certain tasks. The owner’s manual should also be consulted for maintenance and inspection tips. The following components should be inspected:

In summary, solar water heaters heat water by using sunlight, but, just as with conventional water heaters, they require some maintenance to ensure optimum performance.