Tornadoes, also known as twisters or cyclones, are whirling columns of air that form with little warning and carve unpredictable paths of destruction through communities worldwide. 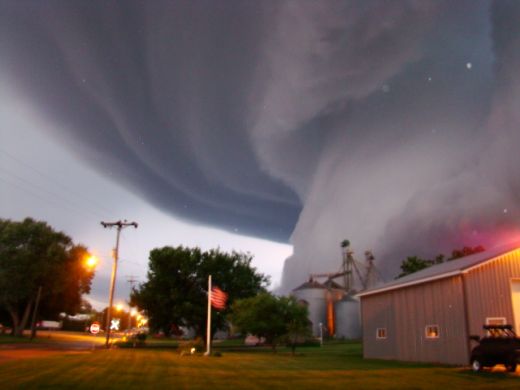 America’s “Tornado Alley” – roughly the area between the Rocky Mountains and the Appalachian Mountains – where tornadoes kill dozens and cause billions of dollars in damage annually, sustains the majority of these storms. The extreme danger posed by tornadoes to families and their homes justifies the need for InterNACHI inspectors and their clients to learn some basic tips concerning tornado behavior, preparedness, and
post-storm damage inspection.
What Causes Tornadoes?

Tornadoes form from giant storms called supercells, which are fast rotating updrafts created when colder polar air meets warmer tropical air. Changing wind speeds and direction can cause rising air to rotate vertically, creating within the larger supercell what is known as a mesocyclone. For reasons not yet understood, columns of strong rotating air can develop within the mesocyclone, eventually extending from the cloud base to the ground in the form of a tornado. Their size, shape and color vary greatly, from transparent, narrow funnels several hundred feet across to dark wedges wider than they are tall.

Tornadoes damage small areas and thus cause less damage nationwide than hurricanes and tropical storms, but for those caught in their path, tornadoes can wreak havoc unmatched by any other weather phenomenon. Most tornadoes have wind speeds of less than 110 miles per hour and dissipate after several miles, but larger storms can exceed 300 miles per hour and devastate communities hundreds of miles apart.

Tornado strength is categorized by the following Enhanced Fujita Scale, whereby the storm receives an “F” rating from 0 to 5 based on the severity of the inflicted damage: 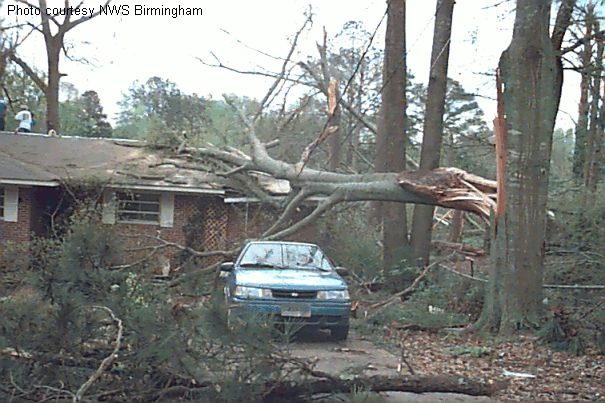 While no two tornadoes are alike, the anatomy of a tornado’s attack on a house is as systematic as it is fierce and is defined as “a progressive failure [that] begins top-down, then outside-in,” according to Timothy Marshall, a tornado expert who writes for Popular Mechanics. Within the first second, pummeling debris tears away a structure’s roof shingles and decking, while wind shatters and rushes through windows and raises the internal pressure. The upward force of the wind on the underside of the already weakened roof, combined with the uplift forces above the roof caused by the high wind, quickly overcome the relatively weak connections between the roof and the walls. The roof tears away from the house, leaving the exterior walls unsupported. In another second, the exterior walls blow out – first, the side walls parallel to the straight-line winds, followed by the windward wall, and finally the back wall – leaving the interior walls unprotected against the maelstrom. An EF4 tornado needs only four seconds to wipe a foundation clean.

Knowing what not to do can be just as essential as taking the proper safety precautions. Misconceptions concerning tornadoes persist in the media, which may lead to avoidable damage and even unnecessary injuries and deaths.

InterNACHI would like to dispel the following tornado myths that may harm building occupants:

FACT:  While a pressure imbalance does exist, it is not great enough to cause a building to explode outward, as was once hypothesized. Damage is primarily caused where wind breaches the building from the outside, which is why windows and other openings should remain closed. Moreover, openings on the windward side of a building actually increase internal wind pressure, resulting in additional uplift force on the roof.

FACT:  This notion originated in the 1887 text Tornadoes, from which it became conventional wisdom until a 1966 study indicated that the southwest corner is actually the most dangerous place to be during a tornado. The safest part of a structure during a tornado is the lowest central room, especially a bathroom or the area beneath a stairwell.

FACT:  While in most areas, tornadoes tend to follow their parent storms to the northeast, they may stop, change direction, or suddenly backtrack, seemingly at random. Local geography plays a part, too, such as in Minnesota, where tornadoes sometimes travel northwest, and 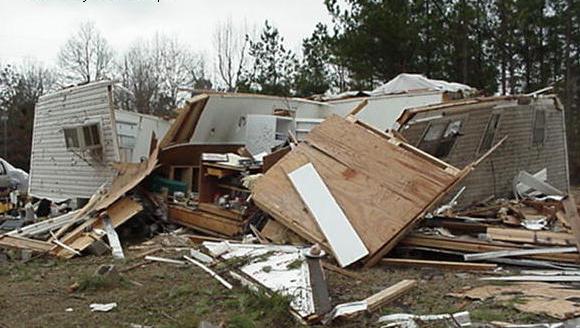 in coastal south Texas, where they sometimes travel southeast.

FACT:  The inordinate severity of damage inflicted on trailer parks, compared to conventional homes, can be attributed to the weakness of the building materials commonly used in mobile homes, their lack of foundations, and their small size.

FACT:  Many studies have concluded that large-span structures, such as auditoriums and gymnasiums, are vulnerable to high winds because of their high surface area. As such, these buildings should be avoided.

FACT:  This myth is based on the comparatively small area occupied by downtown areas, which make them uncommon targets for tornadoes. Also, the urban heat-island effect may discourage the formation of weaker tornadoes. Significant tornadoes are unaffected by turbulent warm air, however, and EF4 and EF5 tornadoes have struck Atlanta, Georgia, Lubbock, Texas and even London, England.

FACT:  Tornadoes have formed over rivers and lakes, and more than a dozen have crossed over the Mississippi River. Twisters have been observed as high as 12,000 feet (3,700 meters) above sea level and ascend 3,000-foot (910 meter) ridges without slowing down.

While much tornado destruction is obvious, some of the damage is only apparent upon closer inspection. Even an insurance adjuster can miss critical structural and safety defects that may cost the homeowner a fortune to repair.  According to CNN, a jury found that a major insurer acted “recklessly and with malice” while handling insurance claims resulting from the 1999 Oklahoma tornado, which posed serious safety defects to the building’s occupants. An unbiased and comprehensive assessment of the damage inflicted on a home by a tornado can be obtained by hiring an InterNACHI inspector. Read InterNACHI’s article on Emergency Preparedness to find out what to do after an emergency

Specifically, the following elements should be inspected for damage:

If a tornado is in your area, immediately take shelter indoors, preferably in a basement or first-floor room, closet, hallway, or the void beneath a stairwell. Bathrooms are generally safe, as plumbing fixtures strengthen the walls and anchor them to the ground, and bathtubs can protect against flying debris. Crouch face down beneath a heavy table or workbench, and cover your head with your hands to protect against falling debris.  Do not leave the building until the storm has passed. If possible, cover yourself with some sort of thick padding, such as blankets or a mattress. 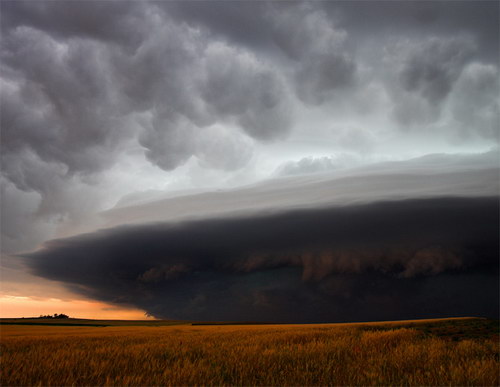 InterNACHI Inspectors may pass on the following tips to their clients:

In summary, tornadoes are devastating and unpredictable, but a little knowledge concerning their basic behavior can save lives.  InterNACHI inspectors and their clients can benefit by being aware and prepared in order to protect both their families and their properties.