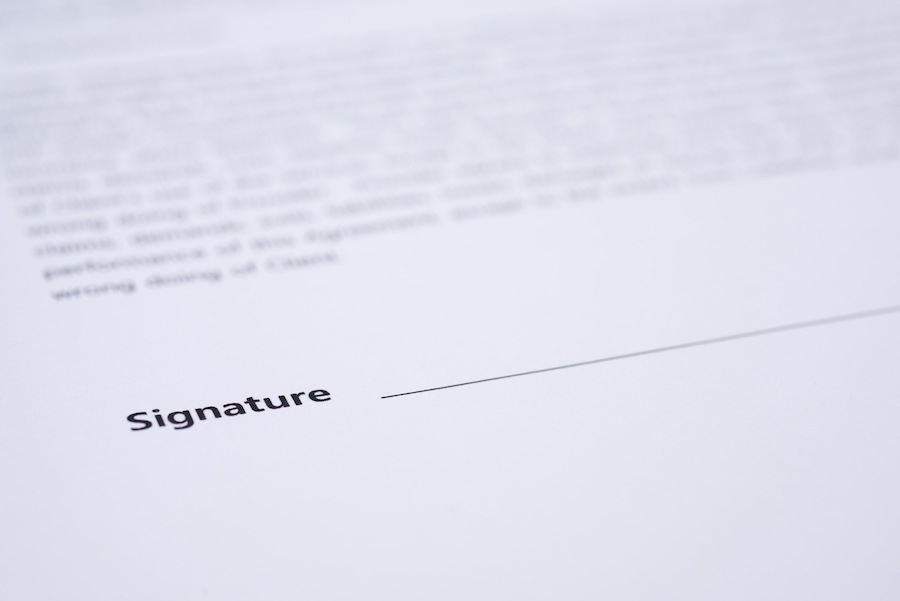 The answer is a definite “maybe.”  An unsigned agreement may be evidence of an agreement between the parties.  An agreement may be oral or implied by the parties’ conduct.  There are reported court decisions in nearly every jurisdiction that affirm this principle. For instance, in Cowden Mfg. Co., Inc. v. Systems Equip. Lessors, Inc., 608 S.W.2d 58, 61 (Ky.Ct.App.1980), the Kentucky Court of Appeals held that parties may be bound by the terms of an unsigned contract when their actions demonstrate assent to the agreement.  Similarly, the Illinois Court of Appeals held that a party named in an unsigned contract may, by his conduct, indicate his assent to its terms and become bound by it.  See,Amelco Electric Co. v. Arcole Midwest Corp. 351 N.E.2d 349 (Ill. App. 1976).

InterNACHI has worked hard to develop a plain English pre-inspection agreement that protects inspectors.  Every inspector should use this agreement or some variation of it (where needed to comply with local law).  It works best when used within InterNACHI's, free, online electronic agreement system  at https://www.nachi.org/onlineagreement.htm

InterNACHI has extensive experience with inspection contract issues. If you or your attorney need help, please email legal@internachi.org.

How to Sign a Contract
Think Twice About Including an Arbitration Clause in Your Inspection Agreement
The Importance of Advertising the Corporate Structure of Your Inspection Business
"No Visible Evidence" Language May Be Evidence Against You
The Dangers of Calling Yourself an Expert
Avoiding Lawsuits
More inspector success tips
I formed a corporation or limited liability company.  Now what?
More inspection-related articles like this