Inspectors are “details” people. They deal in facts. They deal in what they can see. That’s the very definition of the job. So, it would seem that, for most inspectors, their confidence in recognizing defects would translate just as easily into their inspection reports. But writing, in general, can be intimidating. For many inspectors, report writing constitutes the most writing they’ve ever done, and calls to bear their sometimes minimal skills in that area. Even for the naturally gifted or most enthusiastic writers, the act is fraught with its usual difficulties, including problems with spelling, punctuation and grammar, that often slip through the net of the average word-processing program.

The point for inspectors who need to write – as well as news reporters, law enforcement, medical personnel, scientists, contractors and architects – is to communicate clearly and precisely. And details are what constitute precision. When going beyond the checklist and writing a narrative, you leave little room for misinterpretation when you describe something in sensory–based details. The rule for all writers is:  “Show, don’t tell.”  When your reports are based on having engaged your five senses – seeing, hearing, touching, smelling and tasting (although it's unlikely that you'll actually be tasting anything on an inspection!) – you provide your clients with accurate and valuable information that they can rely upon while protecting yourself against legal liability. 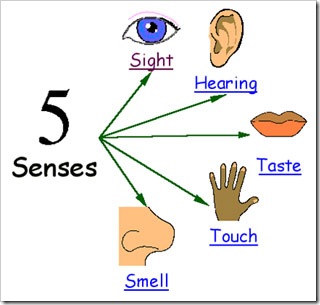 Many inspectors advertise that their reports are “easy to understand.” That’s the beauty of good writing.  It is simple, but it includes observational details that are dense yet clearly written. For example, your gut may tell you that there is something seriously wrong with a roof when you first poke your head over the top of the ladder. But when you actually inspect it up close, you can see exactly why it’s not in good condition. Those are the details that you can relate in your report:

You're probably more adept at inspecting using your five senses than you're consciously aware of.  The trick is to integrate that information into your report using language that reflects the observational details that your senses produce.

One weakness of reports that lack detailed observations is that the information sounds more like an opinion. “The roof is in good condition” is arguably the opinion of the inspector, but that type of statement is all too often the sort of default language that is wide open to interpretation.  And that leaves the inspector wide open to liability. Even if your client accompanied you on parts of your inspection, and even if you were confident in your findings and explanations that you verbally conveyed to him, you can’t assume that he shares your perspective, knowledge or insight (or even that he remembered everything you said).

A roof that appears "in good condition" to a layperson may mean one thing to him, but another to you. The value of the adjective "good" is largely subjective. Most adjectives, unless they're based in sensory details, are left up to the individual to define, such as "good," "bad," "less," "more," and even "adequate" and "inadequate," unless the conditions are specified.  That's why you should forgo the vague, value-weighted adjectives, and stick to reporting exactly what your fives senses have told you.
Furthermore, a "good" roof may still be compromised by secondary issues, which you will report, but those defects that you list may get lost in the relief of the homeowner telling himself, “At least I don’t need a new roof!”  While the roof may appear to be sound, your inspection may reveal underlayment problems, moisture intrusion, potential mold issues, and something that’s interfering with the operation of the vent fan – all of which can compromise the roof at some point.
And if the roof is in good condition with no defects, you still need to explain what that entails in order to convey basic information to your client to prove that you performed your own due diligence as an inspector.  You don’t need to overwhelm him with minutiae, but part of your job is to educate, which is especially important if you’ve been asked to inspect for specific concerns.

“I saw two missing shingles, but no apparent hail damage from hailstorm two days prior.  Underlayment was adequately secured to structure; saw no nail pops or missing nails; saw no visible tears.  No aggregate accumulation noted in gutters; gutters were free of foliage debris.  Flashing at chimney was present, with no leaks noted.”
And so on.
Past vs. Present

InterNACHI recommends that all inspection contracts and agreements include language that specifically states that observations made and reported were true for the time and date of the inspection, and that there is no guarantee or implied warranty of any future condition. Some attorneys also recommend that inspectors use the past tense in all of their inspection reports. The reason is simple. It reinforces that the observation was made in the past and does not reflect a system's or component's current condition.
By reporting using the past tense, you leave a plaintiff's attorney, who may be quoting from your report, no option but to draw from past-tense statements that, again, reinforce the current obsolescence of those statements. Should a plaintiff's attorney accuse you of stating something incorrect in your report, you can respond:  "I'm not stating that at all. I have no idea what the current state of the system or component is."
When an inspector writes, "The furnace is in functional condition," a customer may interpret that as a warranty of some kind. But the plaintiff's attorney will be stuck quoting what you wrote, which is written in past tense: "The furnace was in functional condition."

The observational details that you record will then inform your recommendations, which will give your client a next step, and even a roadmap to recovery:

How Good Is Your Product?

Your client may follow you around for parts of your inspection, and you may be able to show him many problems as you discover them. You can educate him by explaining their significance, imparting the wisdom of your experience and expertise. This is the service you provide as an inspector, and this is also part of the overall service-ethic that we encourage at InterNACHI. It’s one of the things that sets InterNACHI inspectors apart. But the product of your inspection is not two hours on a Tuesday afternoon. It’s your inspection report. A great inspection report is dense with relevant observational details.

Newspaper reporters are often called “the eyes and ears” of a story. They put their readers in the room, so to speak. The good ones rely on their senses because their credibility hinges on their impartial accuracy. By using observational details, inspectors can accomplish the same goals. Always keep in mind that a party who uses your inspection report may never see the property.  So, be their eyes. Put them in the room.  A clear and concise inspection report is a valuable product, and a valuable product leads to more business.