Ultrasonic pest repellers are electronic devices that emit high-frequency sounds designed to repel, injure or kill household pests, such as rodents and insects.  Whether they're actually effective at doing so has been disputed by testing labs and the U.S. Federal Trade Commission (FTC). 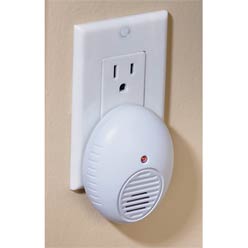 Left unchecked, rodents and insects can transmit salmonella, hantavirus and other diseases, as well as cause significant building damage. Signs of a rodent infestation include droppings, especially near food and beneath sinks, gnawed or chewed food packages, and holes in structural materials that can provide entry into the home.
Cockroach infestation, which is arguably the most pervasive and hard-to-eliminate type of pest infestation, especially in urban areas and industrial and commercial kitchens, is evidenced by the pest's droppings, which are pepper-like specs, typically found in kitchen cupboards, as well as their egg sacs, which are often spotted in hard-to-reach locations, such as cracks and crevices in kitchen cabinets and drains, and behind dishwashers and refrigerators.  Ultrasonic pest repellers are claimed to eliminate even these types of household pests.
How They Work
The use of audible sound to deter pests is an old strategy; the ancient Chinese used a number of mechanically operated sensory-repellent devices to deter rodent infestations in agricultural crops and buildings. Ultrasound, which is defined by sound frequencies beyond the upper limit of human hearing, has been used as pest control only over the past few decades, however.
The ultrasonic devices are plugged into a home’s electrical receptacle outlets which then purportedly emit high-frequency sounds that are disruptive to pests. The sound supposedly causes a physiological response known as audiogenic seizure response, which is characterized by non-directional running, convulsions, and possibly death from cerebral hemorrhage. The theory behind the devices is that confused rodents eventually flee when the disruption prevents them from gathering food, breeding, building nests or communicating. Ultrasonic devices are popular and appealing to consumers because of their ease of use and the fact that they are silent to human ears and allegedly eliminate the need for traps and poison, which are thought by some to be inhumane forms of pest control. Electromagnetic and subsonic devices are also available, and all designs vary by signal intensity, rate and frequency.

But Do They Work?

Studies designed to investigate the efficacy of ultrasonic pest repellents have shown mixed results. One extensive test performed by Kansas State University in 2002 found that the devices were effective at repelling some insects, such as crickets, but the same devices had little effect on cockroaches. Ants and spiders were unaffected by any of the devices. Of the pests that seem to be bothered by the noise, some tests have shown that they soon become habituated as they realize the noise is harmless. Even models proven 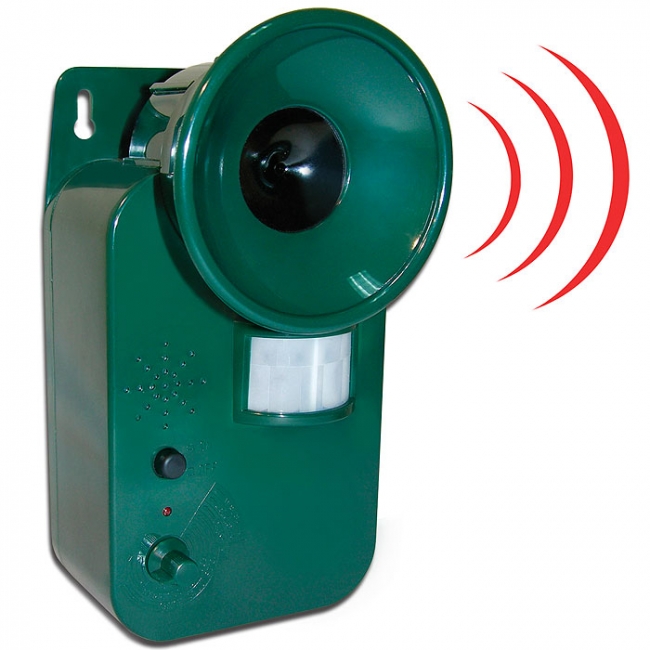 successful in tests are unlikely to perform adequately in real-world situations, where signal strength rapidly diminishes and can be blocked by walls and furniture.
Safety concerns have arisen, too; some users have reported that the sound can weaken the clarity of telephone conversations, interfere with burglar alarm systems, and cause muting in hearing aids. The noise may also cause inadvertent distress to rabbits and rodent pets, such as guinea pigs and hamsters. Cats and dogs can hear in the ultrasonic range, but they appear not to be bothered by the noise emitted by these devices.
Manufacturers of ultrasonic pest repellers make claims that may be unsupported by scientific testing. In fact, more than 60 companies received warning letters from the FTC in 2001 stating that “efficacy claims about those products must be supported by scientific evidence."  Two years later, one company was sued by the FTC for violating its warning.
Nevertheless, many users have reported success, so customers are advised to research specific brands before they purchase an ultrasonic pest repeller. The devices should be placed in areas where their signals will travel uninterrupted by walls or furniture.
Better Options
InterNACHI inspectors may inform their clients that many more reliable forms of pest control, such as chemical pesticides, traps and even cats, are effective and inexpensive.  Many InterNACHI inspectors are also qualified to perform wood-destroying organism (WDO) inspections, which can further identify and possibly diagnose insect infestation problems to help homeowners devise workable solutions.  Inspectors should always wear the appropriate personal protective equipment when inspecting areas of a home that could be a refuge for pests.
In summary, ultrasonic pest repellers emit high-frequency sounds that manufacturers claim reduce household pest infestation, but laboratory tests have shown that the majority of such devices do not work as advertised, in violation of FTC guidelines.  Homeowners with pest problems should rely on a qualified inspector who can help them identify their particular pest problem and advise them on practical and effective solutions.